The Treasury Department is promising two Ways and Means members that it will get them answers about the failed plan to issue tax refunds on prepaid debit cards soon.

Fast start, but...: The tax refunds via debit cards plan was launched with much fanfare in January 2011 as a way to help taxpayers who don't have bank accounts.

With a prepaid debit card instead of a paper tax refund check, argued Treasury, recipients wouldn't be at the mercy of check cashing companies. Even consumer advocates lauded the pilot program. 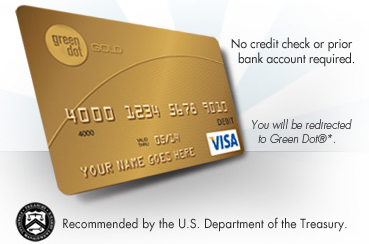 Sending refunds via plastic was a logical move by the Internal Revenue Service, which has for years been getting tax payments electronically. Plus, the debit card transactions would cost less for the IRS to administer.

But Rep. Dave Camp (R-Mich.), chair of the Ways and Means Committee, and Rep. Charles Boustany (R-La.), head of the committee's Oversight Subcommittee, have been skeptical about the program from the get-go.

Apparently their reservations were right.

Unfortunately for Uncle Sam, taxpayers weren't impressed with new refund option. Most of the lower- and middle-income folks who were offered the refund debit cards said no thanks.

The Treasury Inspector General for Tax Administration, or TIGTA, noted in a report on last year's filing season trends that as of April 30, 2011, only 239 taxpayers elected to participate.

Still waiting for word: The Treasury Department, however, never issued an official announcement that the plan was dead.

Neither did it answer my calls over the months for final word on the fate of the refund debit cards.

Camp and Boustany apparently also got the runaround. (I feel a little better knowing they, too, were ignored!) So the duo last week sent another letter seeking an explanation of what went wrong.

In their June 21 letter to Treasury Secretary Timothy Geithner, the tax-writing lawmakers noted that only 2,000 of the 808,000 eligible taxpayers elected to participate in the debit card refund pilot project. (Looks like they did get at least a bit of updated data.)

But that number is still appallingly low. And expensive.

"With the program estimated to cost $1.5 million, this means taxpayers paid $750 for each pilot program participant," wrote the Ways and Means members.

Treasury hired the Urban Institute, a nonpartisan economic and social policy research group, to conduct a study of the refund card test program. The report was turned in to Treasury late last year, where it's been "undergoing internal review."

"A delay of more than half a year in releasing a report paid for with taxpayers dollars is unacceptable," wrote Camp and Boustany. They've demanded that Treasury "come clean" about the pilot program and send them a copy of the findings by Friday, June 29.

Tax Notes Today reports that upon getting the second letter, Treasury said it expects to issue a report on the now-defunct program's problems "shortly."

Here's hoping that does indeed happen and that when the Congressmen get the information, they'll be more forthcoming than Treasury has been.