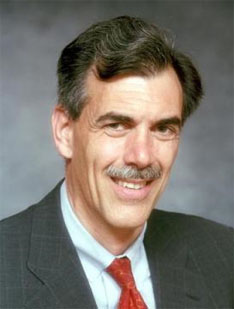 Donald B. Verrilli, Jr., I apologize for dismissing your efforts before the U.S. Supreme Court in support of the Patient Protection and Affordable Care Act, aka Obamacare.

Back in March's oral arguments when you, in your capacity as Solicitor General of the United States, wandered off the commerce clause to discuss taxes, you were right on the money.

And I and many other armchair legal eagle wannabes were dead wrong.

By a 5-to-4 decision, the nation's highest court deemed that the individual mandate -- the provision that will in 2014 require everyone to purchase health insurance or pay a tax for not doing do -- was allowable under the Congress' constitutional power to levy taxes.

How we got from there to here: Even though during debate of the law Congress assiduously avoided calling the penalty for not complying with the mandate a tax -- it's a penalty, they said, parsing their anti-tax words to nail down the votes necessary for the bill's passage -- the Justice Department took a roundabout, and semantically enhanced, route once it got the issue to the Supreme Court.

First it had to deal with the Anti-Injunction Act, a 145-year-old law that says new taxes can't be challenged before they are actually due.

Since the Internal Revenue Service wouldn't be collecting the mandate money until 2014 from those who don't buy health insurance, the Anti-Injunction Act appears to apply. That would mean the court would be justified in putting on consideration of the mandate issue until the taxes are collected.

But in the brief to the Supreme Court, the Obama Administration's top lawyer argued:

Essentially, the Solicitor General argued that the health care mandate penalty is not a tax, except when the government says it's tax.

The mandate, said Roberts, doesn't pass constitutional muster under the commerce clause. Basically, Congress can regulate people who are already involved in commerce, but it cannot drag people into commerce against their will.

That was the constitution's provision that was, per conventional court wisdom, supposed to determine the health care law's fate.

Roberts and et al also decided that Congress is well within its constitutional authority to levy a tax for noncompliance with the mandate.

And on that legal taxation ground, the High Court (or at least Roberts, Sonia Sotomayor, Stephen Breyer, Ruth Bader Ginsburg and Elena Kagan; dissenting were Anthony Kennedy, Samuel Alito, Antonin Scalia and Clarence Thomas) said that the health care mandate, and for the most part the whole law, stands.