An amazing thing happened while most of us were distracted by the Supreme Court rulings this week on immigration and health care.

Congress actually did some work. Really! 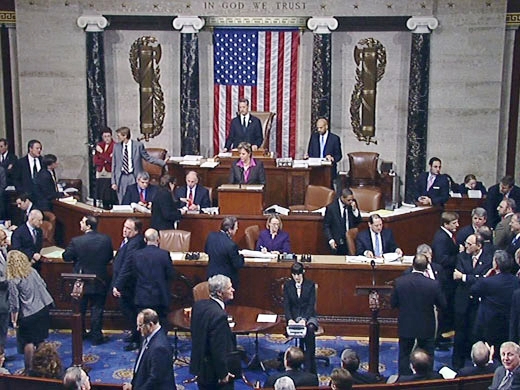 Before the Representatives and Senators break for the July 4 recess, they are expected to vote on a $120 billion highway bill to pay for construction of roads and bridges for the next two-plus years.

The infrastructure measure also contains provisions to keep the student loan interest rate at 3.4 percent for another year and extend for five years the National Flood Insurance Program.

UPDATE: The House this afternoon (June 29) passed the bill by a 373 to 52 vote. Every voting Democrat supported the bill; the 52 nays were all Republicans. The Senate passage tally was 74 to 19, with 23 Republicans joining every Democrat to pass the measure. Sen. Olympia Snowe (R-Maine) voted present. The bill is on its way to President Obama for his signature.

The Congressional Budget Office (CBO) says the combo deal would reduce the federal deficit by $16.3 billion over 10 years.

To reach the deal, Republicans dropped their demands for inclusion of the contentious Keystone XL pipeline and limits on regulation of toxic waste generated by coal-fired power plants. Democrats surrendered on environmental protections and biking, pedestrian and safety programs.

What the heck is happening?

So in a better-late-than-never attempt to show that they can govern, Senators and Representatives have shelved their hyper-confrontational tactics a bit to make deals on some legislation.

It might not quite be a miracle, but even Senate Minority Leader Mitch McConnell (R-Ky.) acknowledged the rarity of the situation: "For some of our members, it's almost an out-of-body experience."

I wonder if there ever will be times when education won't be that expensive. Our society has so many talented kids who not only cannot afford to graduate the university they want, but they also can't even take a loan. But let's take a look at those who loaned money. They are stuck with paying off. IS that fair? I don't think so. So is there a solution? In any case, we all should be really careful with loans, as no matter how fast and convenient this online tool is, you should think over once again before applying for fast cash online. It helped me many times , but debt is always a debt