Vice President Joe Biden was at it again this weekend being voluble Joe Biden. 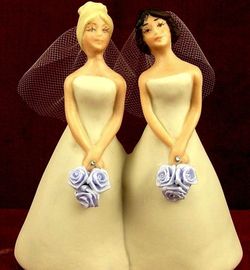 Appearing on NBC's "Meet the Press" on Sunday, the veep said he is "absolutely comfortable" with same-sex couples getting the same rights at heterosexual married couples.

Lucky for Biden, a second top Obama Administration official today deflected some heat from the veep by echoing that position.

Obviously, the political ramifications are getting all the buzz.

But Biden's and Duncan's remarks also offer a chance to remind folks of some of the tax issues that same-sex couples face.

Federal tax complications: Since the federal Defense of Marriage Act (DOMA) defines marriage as a legal arrangement between a man and a woman, same-sex couples who are legally married under their state's laws cannot file a joint federal tax return.

That means each same-sex partner must file a separate federal Form 1040 as a single taxpayer or as head of household if the couple has children.

There has been some discussion about the issue of "swearing" when you sign your IRS form that the information is correct:

Under penalties of perjury, I declare that I have examined this return and accompanying schedules and statements, and to the best of my knowledge and belief, they are true, correct, and complete. Declaration of preparer (other than taxpayer) is based on all information of which preparer has any knowledge.

Some folks say that by signing the tax return, the statement means same-sex legally married couples are violating the law because their filing status is not correct.

Not so. Although the couples are legally married, for federal filing purposes they are not. So they are filing truthfully and correctly under Uncle Sam's laws.

Still, some folks suggest that same-sex couples note on their separate federal returns that they are legally married, but used the single or head-of-household filing status to comply with federal tax law. This could help the couple when, for example, they apply for a joint mortgage as a married couple.

Consider the kids: As noted, one of the couple can claim their children as dependents. Or each can claim children if they have more than one.

By claiming a minor child, the taxpayer also gets to take advantage of the $1,000 child tax credit.

Just be sure to run the numbers to see which partner gets the better federal tax benefit from listing the kid(s) on the 1040.

State filing issues: You live in a state that recognizes your same-sex marriage so you can file a joint tax return with that office.

But what do you do when your state tax instructions tell you to plug in the data from your federal return? You had to file two separate 1040s as single taxpayers.

Get ready to do extra tax work. Most tax professionals advise same-sex couples to prepare a dummy married filing jointly federal tax return and use those entries to complete your state tax forms.

If you do your taxes yourself, this means more time. If you pay a professional, it means more time for the pro and more money that the couple must pay for the extra work.

My advice to same-sex couples planning their nuptials: Invite your tax professional to your wedding and suggest that instead of a gift, your tax pro give you free filing services next year!