Mr. and Mrs. Mark Zuckerberg and their community property taxes

It's been quite a week for Mark Zuckerberg.

On Friday, he watched his collegiate start-up go public. The initial public offering was more subdued than he wished, but the stock did end the day up a few cents per share.

A day later, Zuckerberg and his long-time girlfriend, Dr. Priscilla Chan, got married. 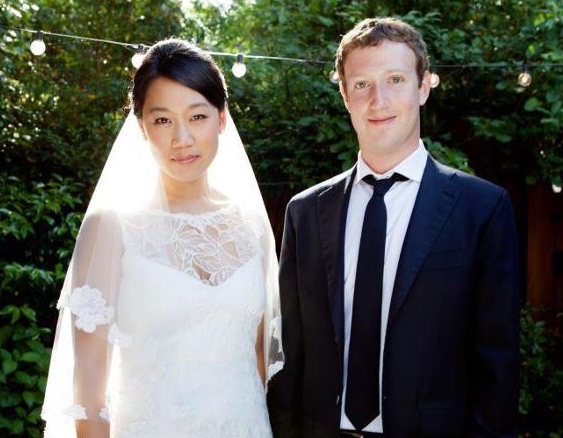 Congratulations to the couple, who pulled off the surprise wedding at the perfect time.

While all the world was watching the hoopla surrounding the Facebook IPO, Zuckerberg and Chan invited around 100 people to his Palo Alto house, ostensibly to celebrate her graduation, also last week, from the University of California, San Francisco medical school. The couple then sprang the ceremony on the guests.

The May 19 nuptials also were good timing from a financial perspective for Zuckerberg.

California is one of nine community property states. The others are Arizona, Idaho, Louisiana, Nevada, New Mexico, Washington, Wisconsin and my home state of Texas.

And those states also represent this week's By the Numbers figure.

Community property law and taxes: Most of the time, the community property focus is on the rule that applies to assets after tying the knot. Basically, everything acquired after the I do's are exchanged is owned by both spouses, except for specific gifts to or inheritances by an individual spouse.

But community property also means that everything a person owns before marriage belongs solely to that individual, even after exchanging wedding vows.

In Zuckerberg's case, all of his billions of Facebook bucks are his alone.

Of course, whenever legal matters like matrimony and taxes coincide, it's never cut and dried.

Joint or separate tax lives: Like all married couples, Zuckerberg and Chan can file their 2012 federal tax returns jointly. But should they?

In most cases, it's more tax advantageous for a couple to file one 1040, but not always. You can be sure their accountants will be crunching numbers next filing season to see whether a joint tax return or two married filing separately 1040s are better.

And income that will be reported on next year's tax filings also can complicate community property issues.

"Separate property can be transmuted into community property not only by agreement but by actions too," writes tax attorney and Forbes blogger Robert Wood. "Seemingly innocuous acts, like one person making a mortgage payment on their spouse's separate residence, can have an impact."

I wonder if Zuckerberg's financial advisers have put together a cheat sheet to help him avoid any costly community property marital money missteps?

What I'm sure they have created for him and his new bride is a prenuptial agreement.

And as part of that agreement likely covers not only what happens in the event of divorce, but also with regard to estate issues.

Never too early to consider estate issues: The newlyweds are still kids -- he's 28, she's 27 -- but estate planning is critical for everyone and especially for those with lots of assets to eventually pass along.

And if the couple stays in California or moves to one of the other community property states, the shared vs. separate ownership rules come into play. Deborah L. Jacobs, a tax attorney and writer at Forbes, explains:

"In a community property state, the total value of your assets when you die includes both your separate property and half the value of any community property. There's a huge tax advantage here: When the first spouse dies, both halves of the property are entitled to an adjustment in basis to their value on the date of death.

If the property has appreciated, there will be a step-up in the cost basis, which could reduce or eliminate the capital gains tax heirs have to pay if the surviving spouse sells the property – such as the Facebook stock."

Remember, however, that property left to a spouse doesn't escape the estate tax.

If the estate's total value exceeds the exclusion amount -- $5.12 million for 2012; changes must be made by Congress to prevent tougher estate tax laws from kicking in on Jan. 1, 2013 -- estate tax, current at 35 percent (scheduled to go to 55 percent next year) will apply when the inheriting spouse dies.

Before it's time to worry about estate distribution, though, the billionaire groom can give his lovely bride a monetary gift without any tax concerns.

A married taxpayer in any U.S. state, community property or not, can give as much property as he or she wishes to a spouse without triggering the gift tax.

I'm sure Zuckerberg came up with something much more romantic than cash or stock as a wedding gift for his new wife. But if he did decide to share some of his new IPO money with her as a gift, I suspect she didn't object.