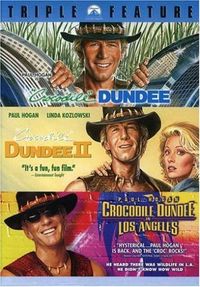 Hogan and Oz tax officials have been going at each other for eight years over the $150 million in Australian currency ($156 million in the U.S. and £96 million in Great Britain) that national tax officials said the actor owed in taxes and penalties.

At one point Hogan challenged Australian tax collectors to "come and get me, you miserable bastards."

They didn't do that, but when Hogan returned to his native country in 2010 for his mother's funeral, officials briefly prevented him from going back to his California home.

Now the tax dispute apparently is over.

Hogan's lawyer on Monday issued a statement saying a settlement "without admission" had been agreed to by both sides after mediation before a former Australian High Court judge. That means that neither side takes any blame.

Terms of the settlement are confidential, but Hogan was happy.

"I am glad it is all behind me now, it will be nice not to have to talk about tax all the time," he told The Australian newspaper.

Film fans also are pleased. It looks like Hogan will be able to cover the agreed upon tax amount so he won't have to make a septuagenarian Crocodile Dundee sequel in order pay his Australian tax bill!