Telecommuting is hailed as the solution for today's modern workplaces.

It's ecologically friendly, keeping cars off roads. Yes, more of us still drive to work than take public transportation.

It's family friendly, letting employees be there when their kids arrive home from school.

And companies can save money by not having to pony up for big offices in areas where business real estate commands top dollar.

Now, however, it looks like telecommuters, who themselves could encounter added taxes, also could cost their employers some unplanned tax bills.

New Jersey nexus: A New Jersey court has ruled that an out-of-state corporation that consistently permits an employee to telecommute from her New Jersey residence is doing business in the Garden State and therefore owes the state's corporation business tax.

The decision by the Appellate Division of the New Jersey Superior Court In Telebright Corp. v. New Jersey Division of Taxation, says James McDonough of the law firm Scarinci Hollenbeck (via JDSupra), is "a warning to taxpayers and their accountants that this type of contact or nexus with New Jersey, thought by some to be negligible or harmless, may no longer be considered as such." 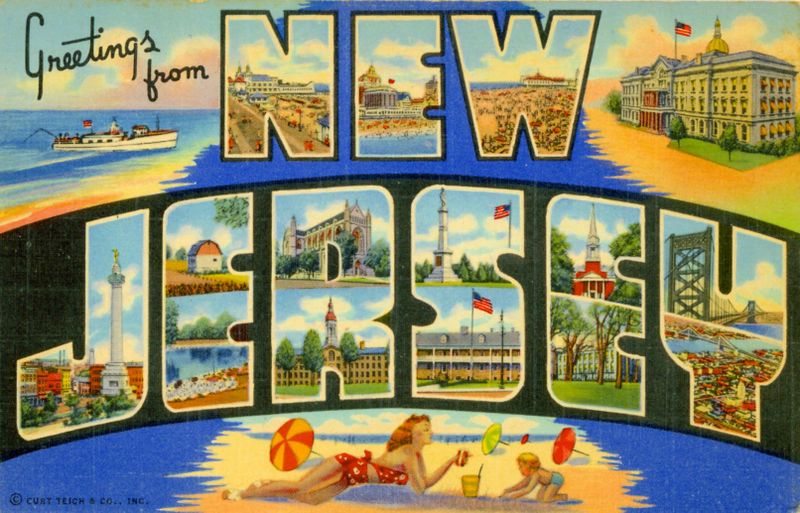 Telebright is incorporated in Delaware and has offices in Maryland. Its business is a Web application that permits employers to track employer-provided cell phones, manage accounts and pay bills through Telebright's proprietary product.

The unnamed employee worked in Maryland before moving to New Jersey when her husband changed jobs. Since she was a valued employee, according to the court documents, Telebright allowed her to telecommute after she signed an employment contract with a non-compete provision.

That was enough for the N.J. court.

New Jersey's constitutional power to tax "is to be construed broadly," wrote the court. "The Division of Taxation's regulations define 'doing business' comprehensively as 'all activities which occupy the time or labor of men for profit.'"

The court also noted that one of the state's Division of Taxation regulations defining "doing business" includes "the employment in New Jersey of agents, officers and employees."

A New Jersey resident doing work for a company sure looks to meet that guideline.

In the ruling, the appellate court agreed with the lower court judge who found "that Telebright is doing business in New Jersey. We add only that Telebright's full-time New Jersey employee 'carr[ies] out the purpose of its organization here, by creating computer code that becomes part of Telebright's web-based service."

That work, added the court, "is no different than a foreign manufacturer employing someone to fabricate parts in New Jersey for a product that will be assembled elsewhere."

No argument from the firm: For the record, Telebright didn't contest that its activities satisfy the state's test for doing business within its borders.

Rather, the company argued that applying the New Jersey corporation business tax to its limited activities in the state violated the U.S. Constitutional due process and commerce clauses.

That brought up the Quill decision, cited in Amazon tax nexus arguments, where both the commerce and due process issues are addressed. Due process is concerned with the fairness of exercising a state's authority over a business based on its activity within the state, while the commerce clause deals with preventing states from imposing undue burdens on interstate commerce.

In the case of Telebright, the court said that New Jersey is not imposing its corporate tax on Telebright because the company's employee lives in the state, but because she performs work for Telebright on a full-time basis in the state.

"Taxing a business based on its employing one full-time employee in the taxing state does not violate the Due Process Clause," wrote the court.

As for the commerce issues, the N.J. court noted that previous rulings found that the presence of "a small sales force, plant, or office" could subject a foreign business to taxation.

"The fact that Telebright's full-time employee works from a home office rather than one owned by Telebright is immaterial…. She is producing a portion of the company's web-based product here, and the company benefits from all of the protections New Jersey law affords this employee," wrote the court.

Since Telebright already withholds and pays New Jersey state income tax from the employee's salary and it did not offer any explanation as to why the additional effort of calculating and paying the state's corporation business tax would constitute an undue burden on its conduct of interstate commerce, the court found the commerce clause argument unpersuasive, too.

The bottom line for Telebright? Welcome to the Garden State and its taxes.

Nexus found elsewhere: If you're a corporate exec with telecommuters everywhere but New Jersey, don't get complacent.

"Many states have considered whether one employee in a state creates nexus for an out-of-state company and the majority of the reported cases and administrative rulings conclude that just one employee creates nexus, for both income tax and sales/use tax purposes," Maryann B. Gall with MBGALLTAX told Bloomberg BNA.

That finding was similar to the responses Bloomberg BNA got last year when it asked state tax officials if they would draw a different conclusion if the out-of-state corporation made no sales into their jurisdiction or if the employees telecommuted for only part of their total work time.

Home office deductions: In the midst of this corporate tax legal fight, the mention of the New Jersey worker's home office caught my eye.

Both self-employed folks and employees who use a portion of their homes for business might be able to deduct the associated costs on their personal tax returns.

The home office deduction typically is easier a self-employed person to claim. In some instances, however, an employee who uses a home office for his company's convenience might be able to write off at-home workplace expenses, too.

I can't believe there isn't more outrage over this topic. This seems to me to be a case of the tail wagging the dog. The states need to back off of this. Do we really want employers terminating employees who move outside of their state's borders in order to avoid nexus? That is what will result from this and already has in cases I am familiar with.