As expected, the Internal Revenue Service has added tornado-ravaged areas of Indiana to its tax relief list. 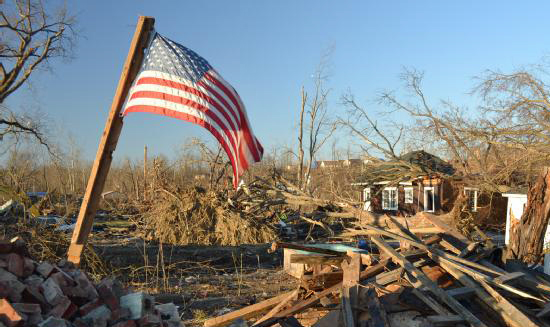 The president has declared Clark, Jefferson, Ripley, Scott, Warrick and Washington counties in the Hoosier State as federal disaster areas.

Individuals who live in or have a business in those counties may qualify for tax relief, including postponement of certain tax deadlines to May 31. This extra time applies to filing 2011 individual income tax returns, making income tax payments (including estimated tax filings) and making 2011 contributions to an individual retirement account (IRA).

As it did for Kentucky storm victims last week, the IRS also is waiving failure-to-deposit penalties for employment and excise tax deposits as long as the deposits are made by March 15. That's just two days from now, but it's a bit more time for filings that were due at the end of February.

Any Indiana filers who get a penalty notice from the IRS should call the telephone number on the notice to have any interest and any late filing or late payment penalties abated.

Additional tax help: As for tax relief for general recovery efforts, remember that a major disaster declaration provides the option of which year in which to claim the losses.

The disaster damages can be claimed on the prior year's return -- that would be 2011 taxes that some storm victims might not yet have submitted -- or the taxpayer can wait and claiming the storm losses on the return for the year in which the disaster occurred.

Take a look at the numbers under both options and choose the one that gives you a better tax result.

Uncle Sam says "no" to some: However, not all areas hit by tornadoes earlier this month will get federal help.

The Federal Emergency Management Agency (FEMA) decided over the weekend to deny federal aid to areas in Illinois and Missouri that were hit by the same string of storms.

Help if you can: FEMA's decision underscores the importance of private aid in disastrous times.

Those of us who weren't in the storms' paths can still help by contributing to ongoing disaster relief efforts.