Even in the best of economic times, some folks find themselves in situations when they need to withdraw money from their retirement plan early. 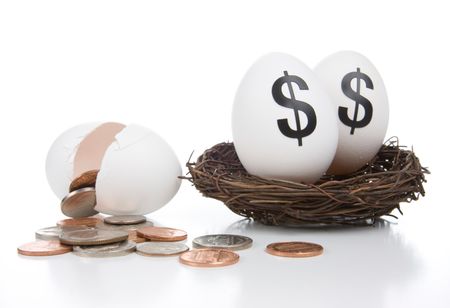 Photo by marioaguilar via iStock

Early, according to tax law, is before you reach age 59½.

When you do take out traditional IRA or 401(k) or similar plan money before that sort-of birthday, there's no getting around the tax due on the amount you withdraw.

And in most cases, you also owe a 10 percent penalty on the amount taken out early.

But as today's Daily Tax Tip explains, there are a few early withdrawal circumstances where the penalty is waived.

What is a hardship: Early retirement plan distributions generally are allowed only on account of hardship. That means it must be made to meet the employee's "immediate and heavy financial need."

So what designates a situation as immediate and heavy? The IRS falls back on a frequently used answer: It depends on the individual's facts and circumstances.

But the agency does have a few guidelines as to when certain expenses are deemed to be immediate and heavy hardships. They include things like medical expenses, staving off eviction or foreclosure on a principal residence or certain repairs of damage to a principal residence.

Again, your personal and financial facts and circumstances are taken into account.

Penalty-free situations: You meet the hardship withdrawal criteria. Do you still have to pay the penalty?

Maybe not. Hardship withdrawal circumstances where the penalty is waived include:

Not necessarily hardship, but OK: A quick note here that you also can avoid the early withdrawal penalty if you use retirement money to pay for the purchase of your first home (as defined by the IRS) or to pay for certain higher education expenses.

The IRS has a chart you can use as a guideline as to when early distributions from various retirement plans are penalty-free.

Roth differences: These early withdrawal rules apply to traditional retirement accounts designed so that withdrawals will be taxed when the funds are taken out in actual retirement.

When it comes to Roth accounts, where you paid taxes on that money before you put it into the retirement plan, as long as you've had the account for more than five years (analogous to the year and a day for lower capital gains), you won't owe any penalty on the early withdrawals.

Of course, you don't ever want to be in hardship retirement plan withdrawal situations, esepcially those that are penalty-free. But if you are, at least you won't owe the IRS an extra 10 percent, too.

It is never too early to have a canada pension plan. Get informed and do your homework. These are tough times we are facing. Do your research, good luck.

I had to invest all my IRA stored up to that factor because I was looking after my son who had been in a bad incident. I think that was a lengthy time ago to try to recover the charge.

22 years ago I had to spend all my IRA saved up to that point because I was taking care of my son who had been in a bad accident. I guess that was too long ago to try to reclaim the penalty.