The president is planning to release his fiscal year 2013 budget on Monday, Feb. 13, and two tax proposals expected to be part of the plan already are under intense scrutiny.

Obama's budget for the government's new fiscal year beginning Oct. 1 will likely include:

The prez has been facing push-back from Republicans on Capitol Hill and the campaign trail for both of these. The political opposition is no surprise, especially in an election year.

But some outside and presumably disinterested folks in D.C. also are raising these two tax issues. And both are problematic for the Administration.

Limited effectiveness of payroll tax cuts: The Tax Foundation, a nonpartisan tax research group based in Washington, D.C., today released a study which finds that payroll tax cuts have little to no impact on long-term economic growth.

A better way to stimulate the economy, say Tax Foundation economists, is through rate cuts to the corporate and individual income taxes.

"Recent research on similar countries shows that cutting the corporate income tax provides the most bang for the buck when it comes to economic growth," said Tax Foundation economist Will McBride in a statement issued in conjunction with the release of the group's latest white paper.

The study examined global economies of Organization for Economic Cooperation and Development member nations. All have below average tax rates on both corporate and high income earners, said McBride.

"The only one of the three major taxes where the U.S. boasts a lower rate is payroll, the one that matters the least for long term growth," he said. "Given that the U.S. will soon have the highest corporate rate in the developed world, we have plenty of room to make reductions that will both make U.S. companies more competitive and stimulate domestic growth."

Uncertainty and the Bush tax cuts: Meanwhile, advocates of keeping all the Bush tax cuts in place are pointing to a Congressional Budget Office report that says if all the cuts were allowed to expire as scheduled on Jan. 1, 2013, the country's economic growth would slow to 1.1 percent in 2013.

That's more than a full percentage point below Federal Reserve predictions. Fed forecasts released last month set next year's U.S. expect growth in the 2.8 percent to 3.2 percent range. Most observers say the central bank's analysis presumes that at least some of the current tax cuts would be extended.

Federal Reserve Chairman Ben Bernanke, testifying before the Senate Budget Committee this week, didn't take a precise position on whether to keep or kill the current low individual tax rates.

But the Fed head did say that Congress needs to deal with the tax cut issue sooner rather than later. 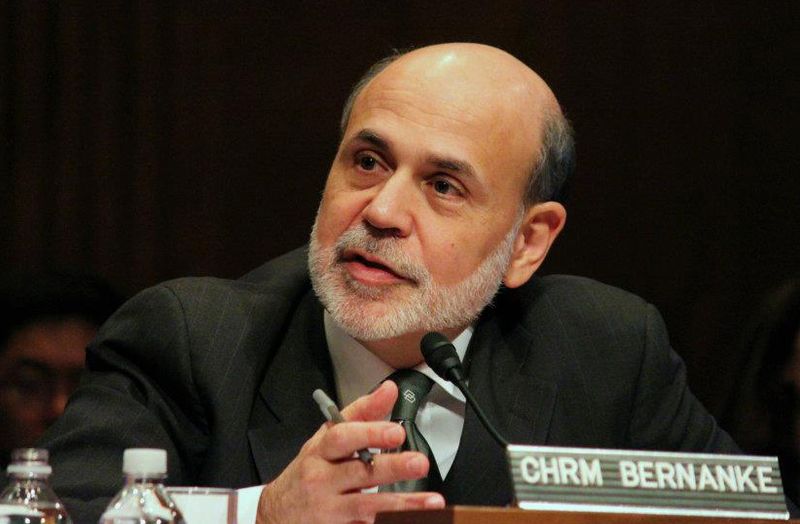 What Congress has Bernanke been watching?

Despite the fact that the lawmakers would likely ignore his suggestion, the Fed chief forged ahead.

"I don't know exactly when the uncertainty would become a factor, but surely as we get closer to Jan. 1 and Congress has not given a clear road map for how it plans to proceed, that would certainly affect planning, business decisions, household decisions, as they look ahead to the next year," Bernanke told the committee.

"Just simply promising future action risks at least an adverse market reaction, an adverse reaction in terms of confidence and so on," he said. "If no action is taken by January 2013, there will be a very sharp change in the fiscal stance of the United States government."

Regardless of what Obama proposes and despite Bernanke's urging, don't expect to see any action on the Bush tax cuts until after Nov. 6.

And at the rate the payroll tax cut conference committee is moving, that might well be a target date for that tax provision, too.

Hm. I'm putting air quotes around the word "nonpartisan" when it comes to describing The Tax Foundation.
Perhaps they don't endorse politicians, but they sure do endorse many of the ideas of the right, and none of the left, and get their support from the Koch Family Foundation and other right-wing groups.
The author of this particular report is a graduate of George Mason's out-of-mainstream Austrian economics school, and he went into the "study" with a preconceived notion of its outcome: http://www.usnews.com/debate-club/should-the-payroll-tax-cuts-be-extended/an-economic-loser-in-the-long-run
So I discount it.

Hi, I found this blog once, then lost it. Took me forever to come back and find it. I wanted to see what comments you got. Nice blog by the way.I must take this opportunity to write to you from my heart.I Really enjoyed your blog.I have never read such a wonderful article.