Many Americans for whom this third Monday in February is a day off from work are spending it at local stores, picking up some sales items.

From 2004 through 2011, purchases made during Presidents' Day and other sales throughout those years also were a helpful tax tactic.

That's because for those tax years, federal taxpayers had the option to choose whether to claim an itemized deduction of state and local income taxes or state and local sales taxes.

And this tax deduction choice is today's Daily Tax Tip.

Taking the bigger deduction: The option to deduct sales taxes is a no-brainer for individuals in Alaska, Florida, Nevada, South Dakota, Texas, Washington and Wyoming. There is no income tax in those seven states.

The sales tax deduction probably also is the better choice for many New Hampshire and Tennessee residents. Taxpayers there face only state tax on their interest and dividend income.

But even in some states with low income taxes, the sales tax deduction is a better tax-saving move.

Your state income tax is on your W-2.

You'll find your state's average sales tax paid amount by earnings levels in tables the IRS provides in the Schedule A instructions.

Or if you've kept all your sales receipts from 2011, you can tally the amount yourself. I tried this one year. The difference in my totals and the table amount was negligible, but if you're a to-the-penny stickler, don't let me stop you.

If you go with the sales tax amount and use the information from the IRS table, be sure to fill out the worksheet also in the Schedule A instructions or that your tax software provides. This will ensure that you also count any local sales taxes you paid.

The IRS also has an online Sales Tax Deduction calculator.

Adding auto et al taxes: And don't forget about some big-ticket items you bought last year. You can add these amounts to the sales tax table figure that you claim.

These are items that you don't buy every year so the IRS didn't include them in calculating the average annual amount in the sales tax tables. But the tax law allows for the taxes on these occasional large expenditures to be accounted for outside of the tables.

So if you paid sales tax on any of these big-ticket items last year, don't cheat yourself. Add the amount to your sales tax table total.

The end of sales tax deductions: However, the IRS tables and sales receipts for regular and any large purchases this year are worthless right now.

There is no sales tax deduction for the 2012 tax year…yet.

The itemized deduction option expired on Dec. 31, 2011. And unless Congress takes action, the sales taxes you pay today on Presidents' Day purchases and for the rest of the year will do you no tax good.

The sales tax deduction is one of 77 tax breaks (yes, I did count the list in the Joint Tax Committee's tally of expiring tax breaks) that ended at the end of last year. They are collectively known as extenders because the House and Senate usually keep renewing them for a year or so at a time.

But in this election year with its polarized political climate, every tax break sparks a major legislative battle and it's possible that Congress could decide to let some or all of the extenders stay buried.

Regardless of the final decision, there likely will be no final word on the tax breaks from Capitol Hill until after the Nov. 6 election.

So keep an eye on Congress -- and on the ol' blog where I'll update you on the Washington, D.C., craziness -- and hang onto your sales receipts just in case they can help cut your 2012 tax bill, too.

If you selected the celebration of the birth on Feb. 22, 1732, of the first president of the United States, you are correct. 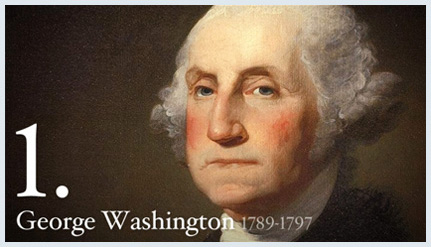 Washington's Birthday became a legal U.S. federal holiday on Jan. 31, 1879. George's day was celebrated on that specific date until the Uniform Monday Holiday Law of 1968 changed its observance to the third Monday in February.

And the name? It's still technically Washington's Birthday. The holiday's name was not changed, just the date.

Because Abraham Lincoln's birthday was Feb. 12, 1809, many people assumed that the move was done to also honor our 16th president.

Lincoln, by the way, in addition to being known as the Great Emancipator and deliverer of the inspirational Gettysburg Address, also signed into law our income tax. That tax connection might explain why Abe has never had an official day in his honor.

However, the law changing the date of Washington's Birthday observance did not mention Lincoln at all. Neither did it make any change to the holiday's name.

Today, many folks refer to the third Monday in February as Presidents' Day as a way to honor all past U.S. presidents.