Best movie with a tax theme

And the winner is "The Descendants."

OK, so it was the only nomination in this obviously fake Academy Awards category. But still, film and tax geeks (and yes, there are some of us who fall into both categories) are jazzed. 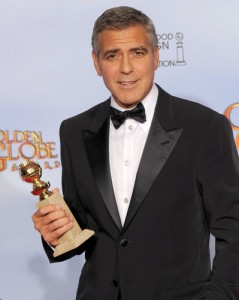 That the plot of this George Clooney movie involves estate planning got attention from the tax world a couple of months ago when the movie and its cast were Golden Globe award contenders. The film won the Foreign Press Association's award for best drama and Clooney was named best actor.

Now with the Oscars being handed out on Sunday, all of us tax/film folk are star struck again.

An early tax-smart reviewer was Gerry Beyer, editor of the Wills, Trusts & Estates Prof Blog (and law professor at Texas Tech University School of Law; go Red Raiders!), who pointed out that the movie got tax law advice to ensure that it didn't totally screw up the rule against perpetuities in the screenplay.

The Trust Adviser, which lists "The Descendants" as its favorite film of the 2011-2012 movie awards season, notes that its knowledgeable readers have proclaimed it "the best trust film ever released."

The latest look at how estate planning and cinematic drama are combined comes from Forbes writer Deborah L. Jacobs. She provides interesting background on not only the movie, but the book on which it was based. And she offers some estate planning tips that can be gleaned from the film.

Of course, if you just want to go stare at George for a couple of hours, that's OK, too.

But I know that a lot of estate tax specialists will be joining mainstream film fans on Sunday in hoping that the star and his movie walk away with another statuette.