Was Al Capone an IRS victim?

It's Valentine's Day so you know what I'm thinking about. Taxes. And yes, the hubby has learned to live with my idiosyncratic approach to most holidays. 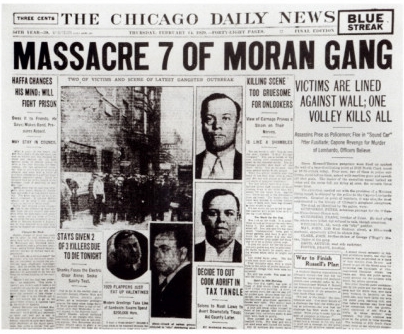 One of the Internal Revenue Service's most famous victories was a direct result of one of the bloodiest days in mob history on Feb. 14, 1929.

This day for lovers 83 years ago was marred by the St. Valentine's Day Massacre.

As the Roaring '20s were winding down, Al "Scarface" Capone was weary of Chicago's escalating gang warfare, so he decided to bring it to an end by eliminating criminal rivals. Although Capone was in South Florida at the time and was never officially linked to the famous hit, it is believed he ordered the St. Valentine's Day Massacre.

The shooting of seven members of the George "Bugs" Moran crew did help consolidate Capone's control of bootlegging, gambling and other criminal enterprises. But it eventually backfired.

The shooting so shocked the public that it led to increased efforts by lawmen to bring down Capone. Eliot Ness and his Untouchables were born and Scarface finally went to jail.

But as everyone knows, Capone didn't end up in Alcatraz for any of his alleged violent criminal acts. He was convicted in 1931 of failure to pay federal taxes on his illegally gotten gains.

Scarface as tax victim? Now one of Capone's relatives says he got a bum tax deal.

"When the income taxes were first passed there was a provision in that law that you did not have to declare any money you earned illegally," Deirdre Marie Capone told Accounting Today. "It would be self-incriminating if you put down on your tax form that you earned money illegally so nobody knew that they had to put that down."

OK, tax historians. Is the gangster's great-niece correct? Was there a specific prohibition (sorry, I just had to go there) against reporting illegal income?

The current IRS Publication 525, Taxable and Nontaxable Income, does state that "Illegal income, such as money from dealing illegal drugs, must be included in your income on Form 1040, line 21, or on Schedule C or Schedule C-EZ (Form 1040) if from your self-employment activity."

But that is based in large part on the 1961 Supreme Court decision in James v. United States that an embezzler was required to include his ill-gotten gains in his "gross income" for federal income tax purposes.

Capone's conviction also relied heavily on a Supreme Court case, the 1927 ruling in the United States v. Sullivan. In that case, the defendant didn't pay income tax on his gains from illicit traffic in liquor. Sullivan's defense was that according to the Fifth Amendment, he couldn't be compelled in any criminal case to be a witness against himself. The Court said too bad, pay up.

Brian Kumnick at FindLaw Answers elaborates on why the IRS requirement that income from illegal sources be reported does not violate the Fifth Amendment's protection against self incrimination:

The courts have held that you may elect to claim the 5th amendment privilege as to certain specific entries on your return if the disclosure could reasonably expose you to risk of criminal prosecution. Thus, you could describe the activities either in a general way that does not indicate illegal activity (e.g. "product sales" rather than "sales of cocaine") or, if that's not possible, you may claim a 5th amendment privilege as to the source of the income. But the amount of the income must be disclosed and the appropriate tax paid on it in order to be in compliance with the tax laws. The dollar amount of the income does not itself reveal anything criminal and thus the fifth amendment is not implicated.

The Supreme Court ruled in the 1946 case Commissioner v. Wilcox that the embezzlement income in question there was not taxable to the embezzler. The Court overturned that finding in the 1961 James case.

The 1961 ruling, however, raised some other questions.

According to Wikipedia (I don't have access to a law library, so cut me some slack and take it for what it's worth), "the Court noted that the Sixteenth Amendment did not limit its scope to 'lawful' income, a distinction which had been found in the Revenue Act of 1913. The removal of this modifier indicated that the framers of the Sixteenth Amendment had intended no safe harbor for illegal income."

The "removal of this modifier" lawful. A "distinction which had been found in the Revenue Act of 1913." Did the tax law in Capone's day specifically say that only legally obtained income was taxable?

Again, tax scholars and historians, I'd love to hear from you on this issue. 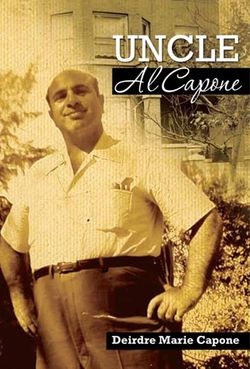 Capone also claims in her tell-all book Uncle Al Capone that the IRS basically set up her infamous relative.

She told the accounting publication that her grandfather Ralph and great-uncle Al were both charged with tax evasion and that both offered to pay their taxes when the government brought the matter to their attention.

"They offered to pay $9 million to wipe the slate clean," she said. "They [IRS] said no. They paid a witness to lie on the witness stand."

Well, that was well before the appearance of the kinder, gentler IRS.

And I wonder if a witness list is part of the Al Capone tax records that the IRS released back in 2008.

The IRS, like other tax authorities around the world, have a policy of pursuing criminal prosecutions regardless of whether the defendant pays once caught. Otherwise, tax evaders will be able to buy their way out of fraud prosecutions. Criminal convictions are a serious step up from any purely monetary penalty.

The policy provides an incentive to pay taxes honestly like a normal person, not wait for an investigation to force you to pay.

Regarding the word "lawful" referred to above, it was removed in 1916. Al Capone was convicted of tax evasion in respect of the years 1924-1929. In any case, as pointed out in James, unlawful income was still captured under another limb of that provision which does not specify "lawful".

The real interesting issue in Wilcox and James was whether embezzled (or stolen) income was taxable to the offender. At law, embezzled money remains the property of the victim.

The Supreme Court in Wilcox, and courts in the UK and other countries, have held that because the money is not property of the offender, it cannot be his income. However, the Supreme Court in James decided that it was proper to impose tax on this money. In the UK, more recent court decisions have held that embezzled or stolen funds are income where the embezzlement is organised like a "business". In New Zealand, a law has been passed to specifically include embezzled income in taxable income.

Earlier court decisions maintained the legalistic principle that something cannot be your income if it does not become your property. Contemporary judges have taken the view that criminals derive income from embezzlement and theft in the same way as legitimate businessmen or workers, and should not escape taxation.

Interesting article. There was no "Offer in Compromise" program back in Capone's day, otherwise maybe the government would have accepted the $9 million that he offered. On the other hand, accepting $9 million from a criminal when more than $9 million was owed would have set a bad precedent.