Tired of reading about people with much more money than you paying taxes at a much lower rate?

Then here's something to cheer up all you tax Schadenfreude types.

James Ross, founder and managing member of a Manhattan-based private investment firm, is a self-acknowledged member of the 1 percent.

But the percentage that's raising eyebrows is 102.

Ross told the New York Times that in 2010 he paid 102 percent of his taxable income in federal, state and local taxes.

"My entire taxable income, plus some, went to the payment of taxes," Ross said in an email to the newspaper. 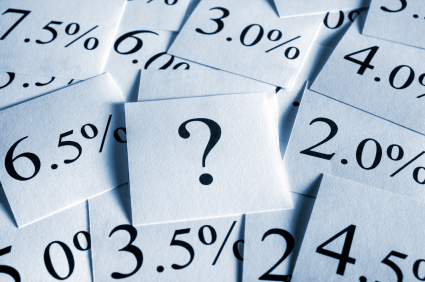 Photo by travellinglight via iStock

The newspaper offers a breakout of just how a taxpayer could end up paying a 100-plus percent tax rate.

Ross' total tax as a percentage of his adjusted gross income was 20 percent. A lot of folks would happily trade their tax rate for that.

Which income to calculate? The key here is to note the different types of income that go into tax calculations.

You start with gross income, which is almost everything you make in a year.

That becomes adjusted gross income (AGI) thanks to some subtractions, usually referred to as above-the-line deductions, found at the bottom of page one of Form 1040A and 1040.

Your AGI is reduced further to a taxable income level. You get there by subtracting your deductions and personal exemption amounts.

And finally, your actual tax bill could be reduced even more by any credits for which you qualify.

That Ross' tax rate dropped from 102 percent to 20 percent is thanks to the many itemized deductions – mortgage interest, charitable donations and state and local taxes – that Ross claimed to get to his lower taxable income level.

The tax expert that the New York Times spoke with believes a filer's effective tax rate should be measured against taxable income. Others opt to use other income amounts as their base for rate calculations.

That there's disagreement in the tax and political world is just one thing that makes taxes so much fun!

The conversation continues thanks to the Tax Policy Center's new tables that show what happens to effective tax rates when you include more taxes and or use alternative income measures.

Roberton Williams, a senior fellow at the Urban Institute and one of the authors of the Tax Policy Center tax rate paper, notes that in 2011 the federal individual income tax averaged 11.5 percent of AGI but just 9.3 percent of total cash income. The cash income method is the much broader measure of income that the Center generally uses for its analyses.

These alternative computation options should keep us all busy and the tax rate debate raging for a while.