The U.S. Treasury Department hasn't made it official, but there are reports that it won't issue tax refund debit cards this filing season.

Last year, the Department of Treasury tried a grand experiment to get tax refund money to people who don't have traditional bank accounts. Known in the financial world as the unbanked, these folks usually get their tax refunds one of two ways:

The IRS also has taken steps to make RALs less desirable for issuers, notably refusing to issue debt indicators upon which lenders could base decisions to approve or reject the loans.

So it looks like RALs are on the ropes.

But because people want their refunds ASAP each filing season, other tax-related refund products have filled the void. Some of those, however, also could be costly. 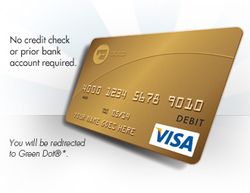 Federally-approved tax refund debit cards: So in 2011 the Treasury conducted a pilot program in which it offered, through a partnership with a bank card company, relatively low-cost prepaid debit cards to taxpayers who did not have bank accounts as a way for them to receive their 2010 federal tax refunds.

As the federal agency that interacts with most Americans, the IRS had long been taking payments via credit and debit cards. Now in an effort to expand its electronic offerings, the federal tax collector was getting in on the plastic payout process.

The IRS also was reaching out to the most financially vulnerable, the lower- and middle-income workers who don't have bank accounts because they can't afford the fees that the financial institutions charge for holding onto lower account balances. The refund debit card, advocates said, leveled the tax refund playing field by offering direct deposit to the unbanked.

Plus, the administrative costs were lower.

And, said Uncle Sam, it was a better for taxpayers. The debit card refund was safer, faster and more convenient than a paper check.

Not much interest: Some members of Congress expressed skepticism about the program.

Most of the 600,000 lower- and middle-income folks who were offered the refund debit cards said "meh."

In looking at 2011 filing season trends last September, the Treasury Inspector General for Tax Administration, or TIGTA, found that not many taxpayers elected to participate in the new option of receiving tax refunds via a prepaid debit card

TIGTA was being kind in characterizing the participant level as "not many." The cold hard facts show it was a total bust. According to the TIGTA report:

"As of April 30, 2011, 239 taxpayers took advantage of this option for tax refunds totaling more than $638,000. The response rate appears to be lower than the average direct mail offer rates; however, this program is new for taxpayers and was intentionally not publicized in order not to bias the offer test. In addition, a large percentage of the population has their tax returns prepared by a tax return preparer, and any fee for these services cannot be paid for with the tax refund."

That's not just "thanks, but no thanks." That's a phenomenal failure.

Low acceptance likely means end of program: When they announced the pilot program, Treasury officials said that the results of the refund debit card trial would "help determine the benefits and feasibility of a card account as an integrated part of the tax filing and refund process."

I guess we all know how that turned out.

I asked Treasury for an official comment on reports of the tax refund card's demise, but haven't heard back from the Department yet.

But given the low acceptance rate noted by TIGTA, I can understand Treasury's desire to just let this program quietly fade away.

That's too bad. It was a good first effort to reach out to taxpayers without bank accounts and try to get them into the electronic refund system.

Perhaps it won't be a total loss. Maybe the program's results will help Treasury and IRS officials figure out what went wrong and how they can create a more appealing way to get refunds electronically to the unbanked in the near future.

How can The legislature allow so many to be overcharged so much?

Another excellent use of tax dollars.

How much did this cost? One ERO could have done this well by themselves.

How can Congress allow so many to be overcharged so much?

Another great use of tax dollars.