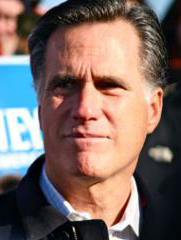 Mitt Romney's "around 15 percent" tax rate has emboldened not only his rivals for the Republican presidential nomination, but also the top Democrat on the tax-writing House Ways and Means Committee.

It's a pretty safe assumption that much of Romney's estimated $250 million net worth is via investment earnings that receive favorable capital gains tax treatment.

But thanks to a tax code loophole, that 15 percent rate probably also applied to some of Romney's compensation from the private equity group Bain Capital.

When private equity executives and hedge fund managers are paid by taking a share of their firm's profits instead of a regular salary, those execs are allowed to classify their income as a capital gain rather than a wage.

That compensation recharacterization, known as carried interest, means that instead of potentially paying a top 35 percent tax rate on their salaries, they pay just 15 percent tax on the money.

Not a new issue: This arrangement has long been a target of tax reformers.

Carried interest got wider popular attention in 2008 when tax law professor Victor Fleischer wrote about "this quirk in the tax law [that] allows some of the richest workers in the country to pay tax on their labor income at a low rate."

Fleischer argued in his academic paper that the "two and twenty" (a two percent management fee and 20 percent profits interest) payment structure is "an untenable position as a matter of tax policy. Among the various alternatives, perhaps the best starting point is a baseline rule that would treat carried interest distributions as ordinary income."

That tax law change was tried most recently in May 2010, when some members of Congress wanted to tweak the carried interest rules as part of the tax extenders package.

The Michigan Democrat has twice before authored legislation to tax carried interest compensation at ordinary income tax rates. Levin announced this week that he will reintroduce the carried interest bill again this year.

The previous versions of Levin's carried interest tax change bills passed the House four times as part of broader legislative measures. The proposal, however, has run into trouble in the Senate.

The combination of Occupy Wall Street protests, talk of 1 percenters and the presidential campaign focus on Romney's compensation and tax rate history might just provide the momentum necessary to change the way carried interest is taxed.

The carried interest legislation is awful. It adds 3,000 words to the Code and probably does not get the job done. I think the administration is being phony in its attack. If the arrangement is abusive they should add a paragraph to the regs and deny partnership treatment to entities like Bain