Home Table of Contents Tax Tips Credits Deductions Refunds State Taxes Politics/Laws Tax Terms Archives
All your income, even that not reported on 1099s, must be reported on 1040
Wyoming has best business tax climate

UPDATE: Santorum's tax preparation comments to the media blogged below were made before it was announced the candidate's daughter is ill. That is the primary reason he returned to his Pennsylvania home. Thanks to readers for alerting me and good thoughts for the youngster's quick and full recovery

UPDATE 2 (Jan. 30, 2012): Santorum's daughter is better and he's back on the campaign trail, although not in Florida. But true to the original post below, he's decrying the "gutter politics" of the GOP race.

You know things have gotten politically toxic in the race for the Republican presidential nomination when one of the candidates ranks doing taxes ahead of campaigning. 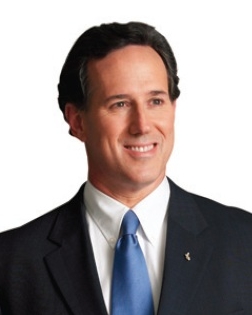 Rick Santorum headed back home to West Chester, Pa., this weekend, leaving Mitt Romney and New Gingrich to duke it out in Florida ahead of that's state's primary on Tuesday.

Santorum said he would rather spend his Saturday sitting at his kitchen table doing his taxes than campaigning in the Sunshine State.

Let's get real. Santorum doesn't have a shot at winning Florida's 50 GOP delegates. That's the real reason for the retreat, which he insists is just temporary.

But by making tax filing seem even mildly preferable by comparison, Santorum underscores the anger that this election season is producing, among candidates as well as voters.

Kay - his daughter is ill. Might want to revisit this.