Happy Friday the 13th! What? You don't celebrate this day? As a sufferer of paraskevidekatriaphobia you think nothing good can happen on such a day. 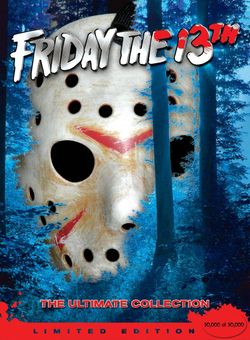 Well, I have some bad news for you. This is the first of three Fridays that fall on the 13th in 2012.

Mark your calendars for April 13 and July 13 as days to stay in bed if you're superstitious.

I'm not here to judge. We all have our fears.

Heck, tax terror is common, thanks to our convoluted tax system and its plethora of numbers and dates.

But remember, a number is just that: a number.

It has no inherent power. In fact, sometimes numbers can work in our favor (although I'm still waiting for that to happen on the lottery front ...).

And when it comes to taxes, knowledge of the numbers can help us overcome tax fears. Such information also can help many of us shave a few digits off the most important number: our tax bill.

So here are 13 tax-related figures you can focus on as a diversion to help you make it through this scary day.

7 states have no income tax on wages. Residents of my native Texas, along with Alaska, Florida, Nevada, South Dakota, Washington and Wyoming don't have to worry about sending their state officials an annual income tax return.

5 states have no sales tax. The lucky shoppers live in Alaska, Delaware, Montana, New Hampshire and Oregon. But local sales taxes might be levied so be careful where you spend your money.

401(k) plans may be a better deal for low-wage workers than we thought say the folks at TaxVox. Regardless of your income, don't neglect your retirement savings. In addition to helping make your post-work life more enjoyable, the accounts offer a variety of tax savings, too.

29 is the number of days in February this Leap Year. That gives us another extra day (we also get two more days thanks to April calendar quirks) to file our 2011 Form 1040s. And it gives Congress one more day to figure out how to keep the temporary payroll tax holiday in place for all of 2012.

1 percent is the rate of audits the IRS conducted last year on individuals who had income of $200,000 or less. This is one time we can celebrate not making more!

3 individual income tax forms -- 1040EZ, 1040A and the long 1040 -- are available to report and pay your taxes. Choose carefully. Just like with your filing status, the form you file could make a difference in your tax bill.

5 tests must be met before you can claim a child as a dependent. You want to get this right since there are several tax breaks you can claim in connection with your youngster(s).

99 major disaster declarations were issued by the Federal Emergency Management Agency (FEMA) in 2011. Many of those were during the awful April 2011 tornado outbreak. But the IRS can provide disaster relief for some natural disaster victims.

10 states will hold primary elections on March 6, also known as Super Tuesday. They are Alaska (caucus), Georgia (primary), Idaho (caucus), Massachusetts (primary), North Dakota (caucus), Ohio (primary), Oklahoma (primary), Tennessee (primary), Vermont (primary) and Virginia (primary). The people we put into office this year, at the federal, state and local levels, will determine in large part what our tax systems in those jurisdictions will look like, at least for a little while.

75 percent of taxpayers last year got a refund. That's actually down just a fraction (0.04 percent) from the 2010 tax year. If you were one of those folks and you also expect to get a refund this year, consider adjusting your withholding. That way you'll have that money, albeit incrementally, throughout the year instead of having to wait until next filing season to get it as a refund.

There, that wasn't too frightening was it?

Here's hoping you make it through this Friday the 13th and that some of these numbers will help make your tax filing less scary and less costly.