In noting how a small group of Republicans dared defy the man behind the no-taxes pledge, I quipped "what are they afraid of? That Grover Norquist will egg their houses?"

Obviously I was being a smart-ass trying to be funny had pranks on my mind since we had just passed Halloween.

I know Norquist wields a lot of power. And his personal support, along with that of his Americans for Tax Reform (ATR), carries a lot of weight on Capitol Hill. 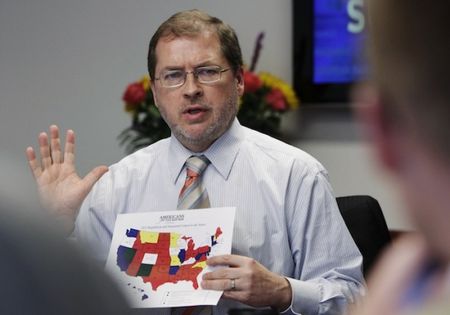 And in the years that I've been gone from the nation's capital, ATR has grown. A lot.

"America's No. 1 anti-tax activist has turned his single-minded nonprofit organization and its no new taxes pledge into a sprawling lobbying empire that leverages his iconic status to influence politicians on a broad array of issues that sometimes have little or nothing to do with preventing tax hikes."

The upshot is that while there might be some occassional defections, Norquist's organziation is going to be around, and powerful, for a while.

thanks for the insight!