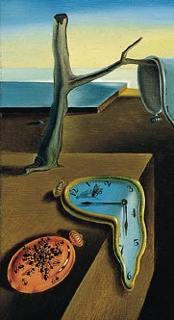 This last weekend, most of us here in the United States turned back our clocks to Standard Time.

You know what that means: An extra hour of taxes!

As you can tell from the time this is being posted, I'm obviously still running slow even with the added 60 minutes.

So it's time to stop wasting tax time and get right to Tax Carnival #92: Tax Standard Time.

Taxdood examines Obama's proposal to Help More Americans Manage Student Loan Debt. As you might expect, taxes play a role. Details are posted at Taxes in the Back.

John gives us the news that Not Even the Unemployed are Exempt Come Tax Time, posted at Wallet Blog.

Darwin deals with the other side of employment with the question Is Working Overtime Worth It? One of the downsides is higher taxes. Find more at Darwin's Money.

Flexo takes a look at the 2012 Federal Income Tax Brackets and Marginal Rates, noting that "it looks like we'll get one more year of tax breaks. Make as much money in 2012 as you can!" The details can be found at Consumerism Commentary. 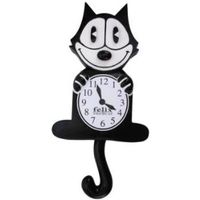 Dough Roller also has some thoughts on the high-earners tax in The Millionaire Tax To Nowhere, saying that while the proposed tax would create more revenue for the government, "that certainly doesn't make this a good idea!" It's posted at Dough Roller.

Social Security caught the fancy of some Tax Carnivalistas.

Daniel reports that Obama is trying to reduce the payroll tax to 3.1 percent, but for others Social Security Taxes May Increase in 2012. It's posted at Sweating The Big Stuff.

Jacob wonders whether GOP presidential hopeful Rick Perry's characterization of the Social Security tax as a  Ponzi scheme is accurate. Check out his analysis in Is Social Security a Ponzi Scheme? It's posted at My Personal Finance Journey. 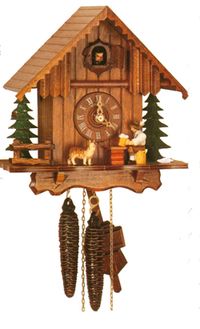 To help folks who don't want to rely solely on Social Security when they retire, the Tax Carnival has some posts on taxes and other retirement plans.

Kristine Ann also hones in on Roth accounts, noting that taxes are a lot like investments when it comes to the need to diversify. Depending on a single tax strategy is similar to investing in just one stock, she says, and suggests looking into Roth IRA Taxes, posted at Roth Rules and Guidelines.

Roger White looks at another tax-favored retirement plan in 401k Contribution Limits in 2011 and 2012, posted at 401k Calculator.

Janet, another blogger from our neighbor to the North, notes that there is no reason to pay more in taxes than you have to. She presents some ways to legally reduce what you owe to the government in Remember these Tax Breaks as the Year Comes to an End. It's posted at Credit, Eh.

Madison notes that some new financial rules and tax limits that are going into effect next year. She looks at them in 2012 Limits That Could Impact Your Paycheck Next Year, posted at My Dollar Plan.

Lubna points out a global tax truth: "It is what a government does with taxpayers' money that makes a country happy." India, she says, is among the many countries that  are grappling with how to raise revenue. "Targeting passive income would be a better bet and not more tax across the board," Lubna says, and expands on that in Law Street in The Economic Times (October 2011), posted at Talking Tax.

A couple of Tax Carnivalistas have info of interest to U.K. taxpayers.

Al Peter presents 4 Things You Should Know About Your Self Assessment Tax Return 2011. It's posted at Tax Fix.

Gemma Flannery notes that a U.K. resident's tax code is used by an employer to calculate the amount of tax to deduct. Each year this changes with as tax brackets change. She looks at the current figures in Your Tax Code For 2011, posted at Tax Codes.

SteveR notes that doing your taxes on your own might sound like an easy enough thing to pull off, but there often is more to your taxes than basic math. He elaborates in The Pitfalls Of Doing Your Own Taxes, posted at 2010 Taxes.

Bruce Givner looks at a question many have in making long-term estate plans: What Is The "Generation Skipping Transfer Tax"? The answer is posted at Law Offices of Givner & Kaye.

Dr. Dean also looks at estate issues in Estate Taxes: Do You Care? It's posted at The Millionaire Nurse Blog.

Tim raises a common question in the current housing market: Should I Rent or Buy a Home? Tax considerations will probably part of the answer, posted at Faith and Finance.

Amanda has some timely words for taxpaying couples. "If you are filing your deductions and income on the same tax form as your spouse and he/she fudges information, evades taxes, etc. then you are held liable for any taxes and penalties owed due to this mistake." But there is an option, discussed in More Time from the IRS for Innocent Spouses, posted at My Dollar Plan. 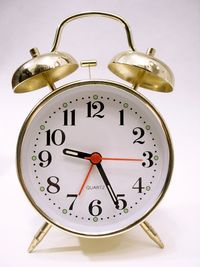 What's that I hear?

Join us then as a reader or be a part of the tax fun by sending your tax post (one per blogger and tax-only items please; check the guidelines for details) to the Blog Carnival page.

If you have problems with the official form, you can email your tax post's link to me at taxcarnival@gmail.com or send it to me via Twitter (I'm @taxtweet).

Thanks for including my article and for hosting!