Everyone agrees that the lack of jobs is a major problem for the U.S. economy.

And most folks agree that the federal government can play a role in job creation.

Those two concepts came together last week by a rare bipartisan Senate vote on a bill offering tax credits to encourage companies to hire veterans. The House is expected to approve the measure this week and send it on to the president for his signature.

The bill is notable for three reasons.

It could provide jobs for folks who've been out of work since completing their military service.

It offered a way for the Senate, on the eve of Veterans Day, to score some political points.

And it's the latest stumbling block to tax reform.

What? You say that third point doesn't seem to fit?

You're right. It doesn't. And that's the problem.

Politicians across the ideological spectrum who are in a Capitol Hill office and want to stay there, along with folks who want to join or unseat them, have a unified message: tax reform. 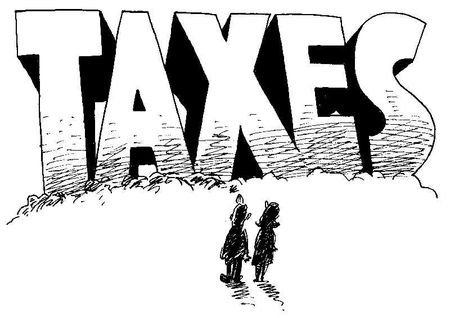 That means, in various combinations, making the system simpler, more efficient and fairer. And the way to all these goals typically includes closing loopholes.

Then the Senate, and soon the House, go and adds new tax break to the Internal Revenue Code.

What we really want: Actually, the figuring is pretty easy. It's how Congress has done business for ages.

And despite an ostensible public outcry, a whole lot of us like how Congress keeps adding to our tax code because we personally benefit from many of the tax deductions, credits and income exclusions that would disappear if the system were ever simplified.

Take the deduction for home mortgage interest. It is one of the costliest tax breaks on the books. It's estimated that between tax years 2010 and 2014 this write-off on primary residence loans will prevent $484.1 billion from going into the U.S. Treasury.

Also on the list of tax provisions that cut into Uncle Sam's revenue collection are the lower capital gains tax rate, the deduction of charitable contributions and tax-free Social Security benefits.

Those are just four individual tax breaks in the ever-growing tax code. You can be sure that if and when changes are proposed, intense lobbying to protect every interest will shift into high gear.

Protecting myriad tax interests: Those are just four individual tax breaks in the ever-growing tax code. You can be sure that if and when changes are proposed, intense lobbying to protect every interest will shift into high gear.

And in an election year, big money will be spent by those lobbyists.

Some of the cash will go toward public efforts to garner and maintain support for the threatened tax breaks. Most of it, though, will go to lawmakers and candidates who support maintaining the expenditures.

And so the cycle continues unbroken, at least for a while longer.

Or, as Edward D. Kleinbard, a former Joint Committee on Taxation chief of staff and now a professor at the University of Southern California's Gould School of Law, told the Washington Post, "What this [veterans' tax] credit suggests is that Congress remains addicted to delivering private-market intervention through the tax code at the same time as it tells us it's going to get clean and sober."

We taxpayers enjoying the benefits of those expenditures are a little tax tipsy, too. Until we can give up our love of the tax break brew, we can't expect any sober and substantive action from Congress.

Loren, thanks for your comments and question. I'll get you my tax code/tax reform thoughts at another time if that's OK; it's 1:30 a.m. and I have to get some sleep so I can take my mother back home later today. As for the blog, It's my doing using the options available at TypePad - http://www.typepad.com/

Completely off subject. Who built this site? May I talk to them? Is it expensive?

I'm wondering what someone who has made their living off the tax business (you the author) would redo, revamp, rescind, replace, remove the tax code. Or do you want more tax codes that only specialists can read and semi understand. There are tons of examples where examiners have not been able to agree on what a particular code means or what it's intent was/is. The tax code is already structured so an item is taxed at every step from resource to end user. Then any accumulations are taxed upon giving those assets away or on death. The government is a monopoly that uses the IRS as it's chief weapon to control the people.
Some of this is gripe but inside the gripe is the question- What would you do?

I enjoy dont mess with taxes quite a bit and I quote your articles frequently. Keep up the good work. Loren in Missouri.

I'm retired from the Military and I have paid taxes most of my life. The key to this is that I have pay taxes at least twice if not more on the things I buy after the government has taken taxes out of my pay check. I beleive that the fairtax would be better for us because we
would not pay taxes on our retired pay and would receive the prebate as well. I would like to see more states getting in the fairtax arena.