BCS pollsters come from everywhere, even the IRS

One of the few things that rivals the Internal Revenue Service when it comes to making people angry is the college football ranking system.

A key component of the methodology that determines who gets to play for the national title is the Harris Interactive College Football Poll.

The poll accounts for a third of the Bowl Championship Series (BCS) standings.

So just who votes in this poll?

There are 115 people on the Harris Poll panel. Most of them are former players, coaches, university administrators and members of the news media.

But you don't have to be associated with sports to have a big say in who's eligible to play in the college football championship bowl game.

One of the tax folks, Tim Millis, was among poll participants featured in a Friday New York Times sports section article Unmasked: Voters in the Harris Poll Take Their Assignment Seriously.

Below is the newspaper's excerpt on the former IRS criminal division employee: 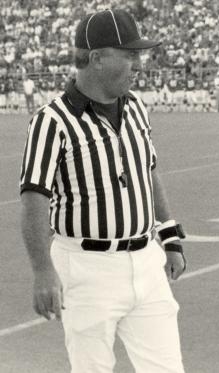 While Millis was a high school and college football referee, he also spent 17 years working in a criminal division of the I.R.S.

Around the time he became an N.F.L. field judge in 1989, he left the I.R.S. and started a financial investigations consulting business. Millis officiated two Super Bowls before retiring from the field in 2001. He also served as the Big 12 Conference's supervisor of officials and is now the executive director of the N.F.L. Referees Association.

Millis said his experience as an official gave him a unique perspective as a voter.

"You realize there are things you have to look at other than wins and losses," he said. "A team can be 7-1, but if that loss came to the No. 1 team and they have wins against other top-10 teams, they don't fall out of my upper portion."

Millis, 67, has three televisions in one room at his home in Wylie, Tex., and thanks to his affiliation with the N.F.L., each set is equipped with DirecTV.

He said the first few weeks of voting were the most challenging, because there were numerous undefeated and unproven teams. Millis does not confer with friends who are college football officials before putting together his top 25.

"That individual might be limited to 20 teams that he's officiating or watching or following, and then he leaves the other 90 teams out," he said. "So I prefer to use my own knowledge that I gather."

It's good to know that all those years infuriating people as an IRS employee is still being put to use ticking off America's college football fans.

Photo of Tim Millis courtesy of The National Football Foundation.

That is one weird life story...