Owe California taxes? Pay up or lose your driving privileges

Californians who owe the state a lot of tax money better start looking into public transportation.

On Tuesday by Gov. Jerry Brown signed into law a measure that authorizes revocation of the driver's licenses of the Golden State's 1,000 most egregious tax debtors unless they set up tax repayment plans with the Franchise Tax Board or State Board of Equalization. 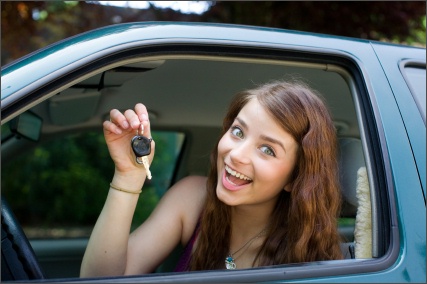 The new law is the latest effort by California to collect the estimated $6.5 billion in unpaid state income and business taxes.

Almost $155 million is owed by the top 250 people and businesses on the state delinquency list. The largest outstanding bill? $14.2 million in personal income taxes owed by a Los Angeles couple.

The California Department of Motor Vehicles will now be getting information from state tax officials about who is on the tax debt list so the licenses can be revoked.

East Coast drivers, too: On the other side of the country, a similar auto/tax bill program took effect this summer.

As a way to close Maryland's $1.3 billion budget gap, lawmakers there agreed to make driver's licenses and vehicle registrations contingent on motorists' tax compliance. The bill became law on June 1.

Tax route full of vehicular connections: There continues to be talk of other ways to leverage American's love of autos to boost revenues.

There are, of course, fuel taxes, collected at both the federal and state levels. Depending on pump prices and the political landscape, we'll hear discussions of raising gas taxes or offering drivers gas tax holidays.

Hybrid drivers got some individual income tax credits for a while. Those all expired at the end of last year, but more tax breaks are available for other alternative fuel vehicles.

Commuter taxes still cause lots of fighting between urban and suburban dwellers.

And on a larger scale, user tax advocates are big fans of by-the-mile tax proposals. Although official talk about a possible per-mile tax has been routinely shown a giant political stop sign, expect to the idea pop up again.

Let's face it. America needs money. America has around 200 million licensed drivers. Do the math.