Although they're around 2,500 miles and vastly different mindsets apart, New York and California have a lot in common.

Both states are trendsetters. Both are entertainment hubs. Both are home to lots of celebrities. 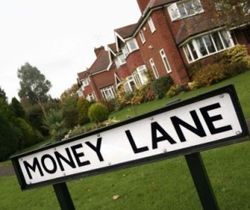 But when it comes to taxing their richer residents, New York and California are going in opposite directions.

N.Y. governor says no to wealthy surtax: New York Gov. Andrew Cuomo says he will not sign any bill that continues the Empire State's surcharge on higher earners.

Cuomo promised during his campaign for governor last year that he would not raise taxes. The surcharge, says the Democratic governor, places New York at a competitive disadvantage with neighboring states.

The higher tax, says Cuomo, also would encourage residents and businesses to move to other states. But he says he'll support a federal millionaires' tax because that would treat residents of all states equally.

The New York Assembly's speaker wants to extend the surcharge for incomes over $1 million. If extended for an extra year, it's estimated to bring in an additional $4 billion.

Despite the potential for vastly increased collections, Cuomo says no.

Californians want state millionaires' tax: Across the country, however, in the state that brought us tax legislation via the ballot box, a move is underway to tax millionaires.

The California Federation of Teachers is leading a coalition that wants to place a millionaires' tax measure on the ballot next year.

The proposal, which would apply to individuals with annual income of $1 million or more, has been in the works since the beginning of the year. The union, however, hasn't determined how big of a tax increase to seek.

It wouldn't be the first millionaires' tax in the Golden State. California voters approved a similar levy in 2004. Back then, that 1 percent surcharge on the income of millionaires went to fund mental health programs.

To get a measure on the November 2012 ballot, initiative drive supporters must begin gathering signatures by January. Logistically, they need to have a plan in place by the end of October so they can start raising funds for signature gathering.

Democratic Gov. Jerry Brown has said he also wants a tax initiative on the ballot, but he wants to limit it to one that won't provoke a costly fight with business and anti-tax groups. That's a big challenge.

If California does enact a new millionaires' tax and if Cuomo is correct about tax hikes prompting people to move, my neighbors and I here in Texas better get ready.

We've already seen a lot of cars and moving vans with California license plates cross into the Lone Star State in the last few years.