Austin, so they tell me, is a hot, happening town full of creative folk doing impressive things in cool industries. And one of the biggest sectors, they also tell me, is video games.

I have to rely on the word of others when it comes to video games. I'm old enough to remember Pong and the original Super Mario, but I've never been a big gamer.

Apparently, I'm missing quite a bit, from entertainment, economic and tax perspectives.

The Entertainment Software Association says that the video game industry generates more than $25 billion a year nationally. Texas ranked second nationally in computer and video game employees in 2009, with more than 13,600 individuals directly and indirectly employed by the industry.

Part of the reason, in case you've missed the politicking by our governor who wants to be president, is that Texas works hard to write laws and regulators to make the state appealing to businesses.

And one of the ways it does so in the creative arts field is via the state's Film Commission tax incentives.

Despite the state office's name, the tax breaks are available not only to traditional television and movie productions, but also video game projects.

Federal tax help, too: Although Texas politicians and game developers would love the state to be the sole home to all video game operations, that dream is little too big even for the Lone Star State.

Other jurisdictions offer their own incentives to keep the industry within their borders.

And there also is substantial tax help for video game creators from Uncle Sam.

A collection of deductions, write-offs and credits mostly devised for other industries in other eras now make video-game production one of the most highly subsidized businesses in the United States, according to Calvin Johnson, a former Treasury Department employee and current tax professor at the University of Texas at Austin. 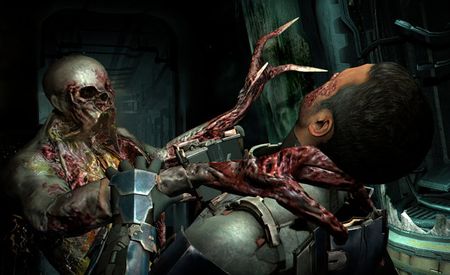 Because video-game makers straddle the lines between software development, the entertainment industry and online retailing, they can combine tax breaks in ways that companies like Netflix and Adobe cannot. Video-game developers receive such a rich assortment of incentives that even oil companies have questioned why the government should subsidize such a mature and profitable industry whose main contribution is to create amusing and sometimes antisocial entertainment.

Out of control tax breaks: Many tax policy analysts, however, say that the breaks are a vivid example of a tax system that defies common sense.

While business tax subsidies are typically created to nurture a fledgling industry as it works toward profitability, the tax benefits tend to live on long after the sector is making big bucks.

Essentially, it's a lot easier to create a tax break than to eliminate it. And once in the Internal Revenue Code, they are ripe for tax break picking by companies with skilled accounting departments.

I wonder if EA has ever considered developing a political and/or tax policy game.

C'mon guys, there's a whole world of tax geeks and policy wonks out there that you can bring into the gaming fold using the zombie like tax breaks that don't die to create (and maybe star in?) a new video game scenario.