Rich French want to pay more taxes, too; What a U.S. millionaires' tax could yield

Warren Buffett's call to tax the wealthy more continues to reverberate. Now some rich residents of France have issued their own "tax us more" plea. 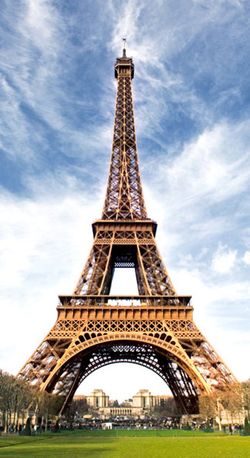 Sixteen French residents earning a millionaire (or much, much more) a year say their government should create a "special contribution" that would target the rich but in a way that wouldn't force them to flee to tax haven countries.

Their increased tax request was published yesterday, Aug. 23, in the online version of the French weekly magazine Le Nouvel Observateur.

The wealthy tax-seeking French petitioners already pay a top rate of 40 percent, along with an annual wealth tax on total assets of more than a million euros.

But they want to contribute more:

"We are conscious of having benefited from a French system and a European environment that we are attached to and which we hope to help maintain." (Thanks to the Wall Street Journal's Wealth Report blog for the translation.)

"When the public finances' deficit and the prospects of a worsening state debt threaten the future of France and Europe and when the government is asking everybody for solidarity, it seems necessary for us to contribute." (Thanks to bilingual Canada and Toronto's Globe and Mail for the translation.)

Those words sound like they could have been written by the wealthy Americans who earlier created their own petition asking Uncle Sam to "tax us more."

Be careful what you ask for: The wealthy French petition signers will probably get their wish.

The French government already is planning to eliminate some tax exemptions that benefit the wealthy.

And Budget Minister Valerie Pecresse has announced plans are in the works for a new contribution from taxpayers earning more than €1-million a year. At today's exchange rate, that a little more than $1.4 million U.S. dollars.

Rich American's tax potential: Meanwhile, on this side of the pond, the idea of adding a surtax on the income of the wealthy remains popular in some tax circles.

The concept keeps coming up during debates on whether to keep or kill the Bush/Obama relatively low tax rates on higher income earners. The cutoff of $200,000 for individuals and $250,000 for families is the usual level at which higher tax rates are proposed.

But many argue that $200,000 or $250,000 isn't really rich, especially in areas of the country with high costs of living. So a federal millionaires' tax, such as many states have instituted, keeps getting kicked about.

The Tax Policy Center (TPC) has done some numbers crunching to see just how much the U.S. Treasury could collect from a new federal tax on millionaires. 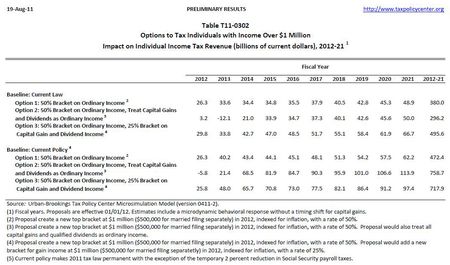 TPC analysts offer various options for a 50 percent new tax bracket, such as levying that higher rate on ordinary income and instituting a 25 percent rate on capital gains and dividends or treating all investment income as ordinary income.

A couple of different baselines also are used for the calculations.

But the bottom line is that a new income tax rate for folks making $1 million or more a year between 2012 and 2021 would bring Uncle Sam some much needed cash.

During that decade of collection, a federal millionaires' tax would amount to at least $296.2 billion and as much as $758.7 billion.

It would be a nice idea, if we all have the same taxes payed depending on our income to be fair to everyone.