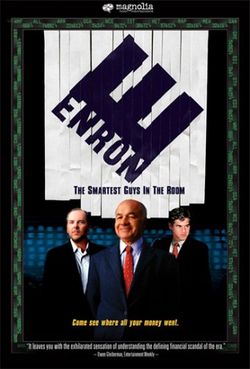 They just don't buy that Lay, the former chief of Enron, died just weeks after being found guilty in May 2006 of 10 counts of fraud and conspiracy related to the collapse the energy company he founded.

Lay's death meant that he didn't have a chance to appeal his convictions, so they ultimately were thrown out.

And the erasure of the jury verdict meant that Lay's family (and if you go along with the fake death theory, the man himself) was able to escape the court-ordered forfeiture of millions in assets that accompanied the convictions.

To those who insist Lay is still alive, his passing was just too darn convenient.

Well, those folks are having a field day with the latest chapter in the Lay/Enron saga.

On Monday, the U.S. Tax Court ruled in favor of the deceased (or not) Enron chief executive, rejecting the Internal Revenue Service's attempt to collect $3.9 million from Lay's estate and his wife (widow) Linda.

The case concerned transactions in 2001 among Lay, Linda and Enron. That year, the Lays sold $10 million in annuities to Enron as part of an agreement for Lay to reassume the CEO position, with the stipulation that the annuities would be returned to Lay if he worked a 4.25-year term.

Enron, however, filed for bankruptcy protection in December 2001 after revelations of, shall we say, creative accounting led to the company's implosion.

The IRS contested the Lays' contention that the annuities were sold to Enron. In 2009, the IRS filed a notice of tax deficiency for $3.9 million, arguing that the Lays should have reported the $10 million as income in 2001.

Judge Joseph Goeke, however, disagreed with the government.

And that means the Lay estate doesn't have to hand over $3.9 million to the IRS.

Other lawsuits involving Enron's creditors, the government and Lay's estate remain. But the way things have gone so far, those fighting the Lays might want to rethink settling sooner rather than later.