On July 4, 1776, the Continental Congress adopted the Declaration of Independence.

The decision on to break away from England had been coming for a while. The precise process to do so began about a month before. On June 7 in a session at the Pennsylvania State House (what we now know as Independence Hall), Richard Henry Lee of Virginia read a resolution that began:

"Resolved: That these United Colonies are, and of right ought to be, free and independent States, that they are absolved from all allegiance to the British Crown, and that all political connection between them and the State of Great Britain is, and ought to be, totally dissolved." 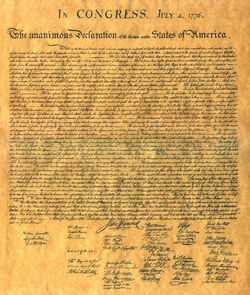 A handful of delegates, however, wanted to work toward reconciliation with Britain (see, our federal lawmakers dragged things out from the get-go) so Congress recessed for three weeks. But before taking the break, a Committee of Five was appointed to draft a statement presenting to the world the colonies' case for independence.

When the colonial lawmakers reconvened the next month, they approved the Lee resolution.

And on July 4, after some minor alterations and a few deletions, the Declaration of Independence was adopted.

Since the issue of taxes, specifically appropriate representation before any taxes are collected, was a catalyst for America's quest for independence, we celebrate our national birthday with Tax Carnival #88: Tax Independence.

OK, so even after creating our own government, we're not free of taxes. That's a political debate that's going to be argued for a long, long time.

But today's Tax Carnival is full of ways to help us all be a bit freer of the hassle and costs associated with those taxes that our duly elected legislators have enacted.

Peter Reilly, a CPA and first-time Tax Carnival contributor, examines Personal Service Corporation and C Corp - Recipe for Disaster, posted at Passive Activities and Other Oxymorons. It's a look at a Tax Court case dealing with compensation issues that Reilly admits prompted schadenfreude on his part, which he finds unseemly. No worries, Peter; no judging here, as we've all been there!

Thomas F. Scanlon, CPA and CFP, presents How Does the Statue of Limitations Affect Tax Obligations With the IRS? The answer is posted at Borgida & Company, P.C. 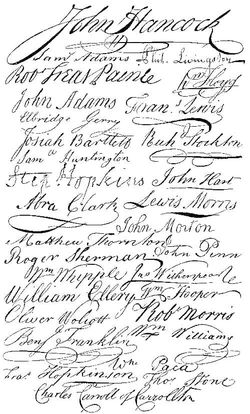 Tom focuses on a subject dear to many taxpayers' hearts, Squeezing Out The Last Penny With Tax Credits. It's posted at Stupid Cents.

Brad Polizzano notes that in a few recent cases, taxpayers who live outside of New York, but commute to work within the state have been deemed "statutory" residents, meaning they must pay Empire State tax on their worldwide income, as opposed to only on their New York state source income. He looks at a couple of cases -- Beach House Blues for the Barkers and If You Own a Second Home in New York, Beware… -- in which the troubling results could mean that taxpayers who are considered residents of two states for tax purposes and have investment income may end up paying tax on this income to both states, without offsetting credits for the double state tax. Details are posted Taxes in the Back. 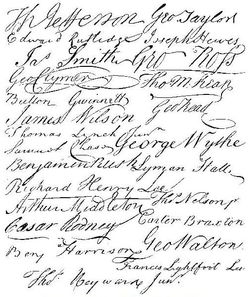 Odysseas explains why and how you can be taxed on your credit card debt in Paying Taxes on Debt? You Have Got to Be Kidding Me. It's posted at Wallet Blog.

Ken reminds us that a 10 percent penalty applies when you take money out from your traditional IRA before you turn 59½. But he notes there are 9 Ways To Avoid the Early Withdrawal Penalty From a Traditional IRA. Find out how at Spruce Up Your Finances.

Dan Meyer presents Congress Discovers That the Sun Rises in the East: GAO Finds Link Between Tax Complexity and "Tax Gap". It's posted at Tick Marks.

JBY notes that California, like many other states, is hurting for sales tax revenue, so Golden State lawmakers enacted a new tax aimed at online sellers. Details are in California's New Anti-Affiliate "Amazon Tax" Law, posted at Blogging Your Passion. 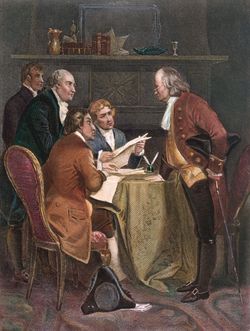 Jared H has some timely advice on ways to write off your next family vacation in Tax Deductible Vacation Tips, posted at Rich as Chocolate.

Super Saver doesn't consider a tax return final until three years after the original due date, which may include extensions. During that time you have a shot at Correcting Tax Return Errors. Details are posted at My Wealth Builder.

Steve suggests that if you're pressed for time and face interest and penalties, seek the help of a CPA. He elaborates in 4 Scenarios Where You May Want Assistance with Your Taxes, posted at 2009 Taxes.

Robert D Flach has the tax temerity to contradict the world's most famous spy in SOMETIMES IT'S OK TO SAY "NEVER", posted at THE WANDERING TAX PRO.

Mike Piper has advice for payers of estimated tax who've missed a deadline in Avoiding Estimated Tax Underpayment Penalties. It's posted at The Oblivious Investor. Our neighbors to the North celebrated their national day on July 1, so it only fitting we set off a Carnival firework for Canadian readers.

What about the nation from which we declared our independence? Britain still has its taxes and we hear from a couple of tax folks based across the pond.

John Craver warns United Kingdom taxpayers that "if you are on the wrong tax code you may be overpaying tax. This blog posts looks at how you can claim a tax refund if you are on an emergency tax code." Details on Claiming Back Emergency Tax is posted at EmergencyTax.Org.

Finally, befitting today's convergence of the Tax Carnival, Independence Day and the role Britain's tax policy played, we close with another U.K. blogger.

And with that, we wrap up Tax Carnival #88: Tax Independence.

But we'll be back in month; actually, in less than a month. The 89th Carnival of Taxes will be posted Monday, Aug. 1. Be a part of the annual Dog Days of Summer tax collection by sending in a tax post, and tax-only items please. Before sending in anything, check out the Tax Carnival archives and the official carnival submission guidelines.

You can contribute via the Blog Carnival page, by sending your post's link to me via Twitter (I'm @taxtweet) or by emailing it directly to me at taxcarnival@gmail.com.

More Independence info: Got some extra time this holiday? Remind yourself why we celebrate today by reading the text of the Declaration of Independence.

You also might enjoy the Project Gutenberg's ebook version of Our National Anniversary from Harper's New Monthly Magazine, Vol. 3, July, 1851, and Charters of Freedom's Declaration of Independence history, the Signer's Gallery and facts about the 56 men who put pen to world-changing paper 235 years ago.