Give peas, and broccoli and ketchup and potatoes, a political chance

"It's not going to get easier," President Obama said during his July 10 press conference about the country's debt trouble. "It's going to get harder. So we might as well do it now: pull off the Band-Aid, eat our peas."

And with that last phrase, food politics blew up again.

The prez's political adversaries jumped on him not only for his proposals, but for what they viewed as simplistic references to major policy issues.

The pea people, however, saw the mention of their product as an opportunity.

"We take President Obama's comment on the need to 'eat our peas' as a reference to the First Lady's push to get all Americans to eat a more healthy diet," said Pete Klaiber, director of marketing for the USA Dry Pea & Lentil Council. 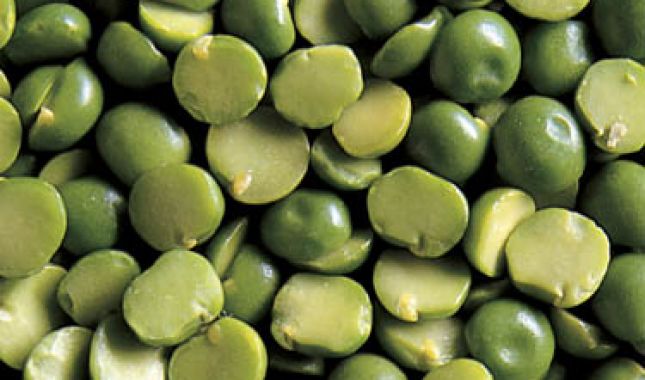 "We know that if tasty and nutritious meals featuring peas are served more frequently in the White House and in the cafeterias of both Houses of Congress, it will contribute to a balanced diet, if not a balanced budget," Klaiber said, adding, "Eating more lentils couldn’t hurt, either."

This latest combo plate is not the first, nor will it be the last controversial meeting of food and public policy.

There will always be a push to tax food, usually products identified as anything that adds to America's expanding waistlines.

And as Klaiber noted, the First Lady already has hoed this road with her White House garden that's part of her Let's Move campaign to get kids to eat healthier food.

Political leftovers: But sometimes food and politics intersect unexpectedly. And most of the time it's a vegetable (or presumed one) at the center of the controversy.

Remember when George H.W. Bush wanted to ban broccoli from Air Force One? "I haven't liked it since I was a little kid and my mother made me eat it. And I'm president of the United States and I'm not going to eat any more broccoli," Bush told reporters back in March 1990.

Steamed broccoli growers soon showed up in D.C. with truckloads of the vegetable. The 10 tons of the leafy green vegetable weren't wasted; they were donated to organizations to feed the homeless and hungry.

The usually great communicator Ronald Reagan saw his administration stumble over the definition of vegetable. You do remember the quickly reversed decision to classify ketchup (or catsup if you prefer) as a veggie for school lunch purposes, don't you?

Of course, Bill Clinton probably would have loved to count the tomato condiment as a vegetable if it would have gotten people off his then-heftier back about his cravings for McDonald's celebrated French fries.

And we can't forget the most famous combination of politics and food ever: Let them eat cake.

Avoiding an unwanted side dish of debt: So why this venture into culinary politics?

Well, it seems that Congress might actually have come up with a recipe that will help solve, at least in the short-term, our debt ceiling and federal deficit diet, er, problems.

The Gang of Six's $3.7 trillion plan is gaining some traction.

And while it's unlikely that the proposal will make it through the legislative process in time to avert the end of America's credit line on Aug. 2, portions of the proposal could be incorporated into a separate measure that would prevent the U.S. government from defaulting on its debt.

But the main reason for the food and politics discussion is that today is a major pea-picking anniversary.

Gregor Mendel was born on July 20. This year marks the 189th birthday of the Father of Genetics. Google is recognizing the day with a special pea-themed doodle.

Few of us can remember the scientific details, but we all know that it was Mendel's work on pea plants that led to his discoveries about the underlying principles of heredity.

Mendel's accomplishments weren't fully acknowledged until after his death in 1884.

So even if we don't like the vegetable he used, we should take a minute today to think about the scientific knowledge and political rhetoric that the pea has provided.