First, it's cliche and a bit lazy.

Second, I don't want to stoop to financial fear mongering.

And third, I really, truly believed Congress and the president would have reached a debt deal by now. Silly, naive me.

Well, with the deadline for increasing the United States' borrowing authority just days away, to heck with it. I'm putting up a clock.

In searching for a debt ceiling countdown clock to use, I also ran across some other fun debt and deficit stuff.

The New York Times has charted the debt crisis via a lot of neat charts, including the one below showing how many times the debt ceiling has been increased. 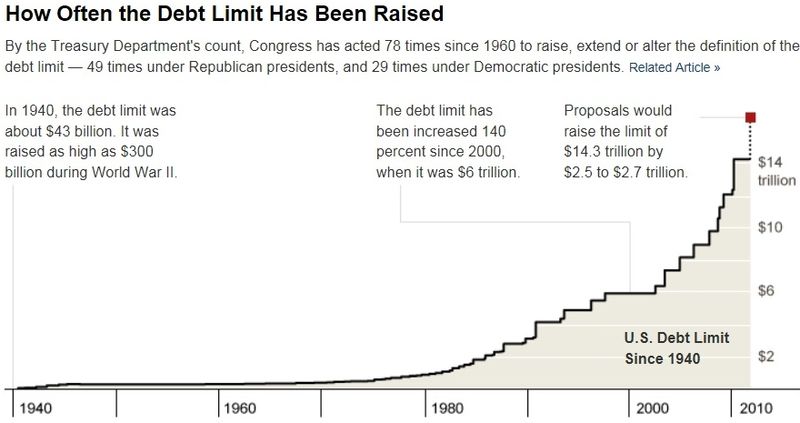 Taking your turn at dealing with the debt: I blogged previously about Marketplace Radio's online game that lets you be a budget hero by creating your own fiscal plan.

You also might want to check out these interactive budgettools:

And you don't want to miss USDebtClock.org's comprehensive running tabs on America's debt.

The image below is just a snapshot of the humongous numbers that madly click away every second. Check out the full, constantly updating data if you dare. 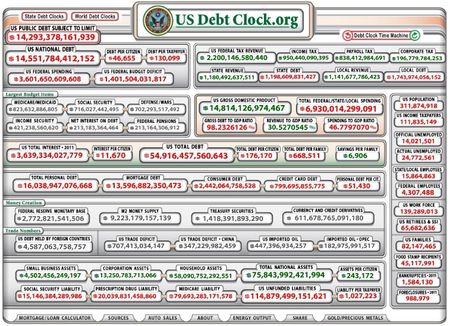 Click on the image above or here to get the latest debt data.