Here's a good reason to pay attention to where your property taxes go.

Alabama's Constitution, ratified in 1901, allows for a state property tax to help fund schools, the government's operating budget and pensions for Confederate veterans and widows.

The last beneficiary of Alabama's Confederate pension has long been dead. The tax, however, is still being collected. 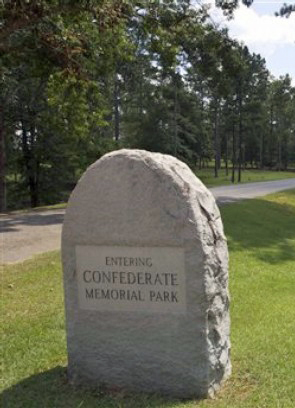 But now the money is going to pay for Confederate Memorial Park. The park is on the 102 acres that once was home to the Alabama Confederate Soldiers' Home, which closed its doors 72 years ago. Also on the property are two cemeteries and a Civil War museum.

At least the property tax amount dedicated to the Old South cause has been trimmed over the years. Still, it provides $400,000 or so a year for the park's upkeep.

State Rep. Alvin Holmes of Montgomery has served in the Alabama legislature since 1974 and he thought the park tax had been axed. Now, says the Democrat, he's going to try to get rid of the funding.  "We should not be spending one nickel for that," said Holmes.

Good luck Senator. Most of your lawmaking colleagues, as well as the state's governor, are Republicans and support the park payments.

Uncle Sam's battle taxes: War-related taxes are not unusual. And the South's secession actually led to the beginning of our income tax system.

The taxes we pay Uncle Sam each year on our earnings was first enacted in 1861 by Abraham Lincoln as a way to help pay for the Civil War.

And we all paid a telephone excise tax long after it was created in 1898 to help pay for the Spanish-American War.

Only Kay Bell comes up with stories like these. Always interesting. Always.