Americans are more pessimistic about the economic recovery. A report late last month from the Conference Board, a business research association, found that consumer confidence fell in May to its lowest level since last November.

"Consumers are considerably more apprehensive about future business and labor market conditions as well as their income prospects," said Lynn Franco, Director of The Conference Board Consumer Research Center. "Inflation concerns, which had eased last month, have picked up once again."

I see those inflation concerns on every grocery shopping trip I make with my mother.

She's a senior citizen living primarily on Social Security benefits and our time in her local food market is spent comparing per unit pricing on each item that goes into her cart. 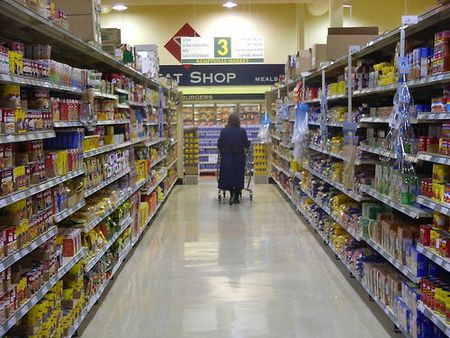 As we cruise the grocery store aisles, Mom also periodically asks whether there's a chance Uncle Sam will send her and her fellow Social Security recipients a $250 check this year.

She's quick to note that it would be very welcome since it's been three years since she and other older Americans received a cost of living bump in their checks.

And while the Fed and economists usually disregard volatile grocery prices when making their inflation calculations, they sure count in my mother's monthly account balance review.

She's not alone. Lately I've been getting regular emails from readers wondering when they might get their rebate check. Most inquires come to me after folks have found my 2009 blog item on the retiree stimulus checks issued that year.

I'm glad Google still pulls up my 2009 story on the $250 checks that went to many retirees that year, but I am sorry to report that I have no news on a possible 2011 check for retirees or other taxpayers.

Two years ago, the special stimulus payment was designed to put older folks on the same tax break level as younger workers. Back then, the American Recovery and Reinvestment Act (ARRA), commonly referred to as the Obama stimulus bill, included the Making Work Pay tax credit for those who, as the name indicates, had a job.

But since most retirees aren't employed, Congress came up with another way -- the $250 checks -- to get them some money that tax year.

The Making Work Pay credit was on the books through 2010. It was replaced at the start of 2011 by the employee payroll tax cut. This latest tax break gives each worker a 2 percentage point cut of their portion of Social Security taxes withheld from their checks.

But seniors who didn't have jobs in 2010 and 2011 didn't and aren't getting any benefits. And right now, that doesn't look to change.

Some interest, but it faded: Late in 2009, Obama threw his support behind more rebates for seniors as an added way to keep the economy chugging along.

H.R. 3557 was introduced in September 2009 to provide an emergency cost-of-living increase for Social Security benefits for 2010. But the bill never made it through Congress.

Now there's some talk of another payroll tax cut, this time for businesses, to encourage companies to hire more people. But the problem with any tax cut or rebate check, for business or individuals, is the standoff in Congress over spending cuts and the federal budget and deficit.

Maybe as we get further into the year and closer to the 2012 elections, politicians will be more inclined to send out some extra money.

And older folks, who tend to be a reliable voting bloc, might get more attention and a possible rebate check then. It also might help mollify retirees who haven't been thrilled with proposals to make big changes to Social Security and Medicare.

What? Capitol Hill will enact laws that essentially are bribes to voters? Have you looked at the tax code lately?

So stay tuned. There are no stimulus checks planned for seniors … yet.

It is always sad to read stories like this. It seems simple enough: give back to those who have give so many years to this country. But like all things, I assume, the difficult is in the details.