If you needed yet another example of why the tax code should be retooled, here you go courtesy a tax oversight agency report released this week that reveals the IRS handed out more than $151 million in erroneous deductions for a short-term tax break.

The millions went not only to your run-of-the-mill taxpayers who weren't eligible, but also to almost 500 filers who were imprisoned, dead or underage, according to an investigation by the Treasury Inspector General for Tax Administration (TIGTA).

The troublesome tax break was the Qualified Motor Vehicle (QMV) deduction, created as part of the American Recovery and Reinvestment Act, aka the 2009 stimulus bill. The provision allowed taxpayers a deduction without having to itemize of the state sales tax and excise taxes they paid on vehicles purchased between Feb. 17, 2009, and Dec. 31, 2009.

If you recall, this was when U.S. auto makers were struggling more than usual and Congress was trying to jump start sales.

But what lawmakers did, as is usually the case in industry specific <<cough, first-time homebuyer credit, cough>> tax breaks, was make a big mess for everyone.

TIGTA's investigation of the processing of the auto sales tax deduction found that individuals didn't have to provide any third-party documentation of the amount of sales and excise tax they paid on their auto purchase. In fact, they didn't have to prove at all that they actually purchased a qualifying vehicle.

Because of that, TIGTA said, its sampling revealed that "some individuals may have erroneously been allowed QMV deductions for vehicles that were not purchased."

Specifically, TIGTA found that the IRS failed to identify 4,257 individuals who claimed a total of more than $151.1 million in excessive motor vehicle sales tax deductions.

More disturbing, is that around 1.02 million in improper auto sales tax deductions went to 473 individuals who, said TIGTA, weren't eligible "because the IRS did not have processes to identify that the individuals were in prison, deceased, or underage." 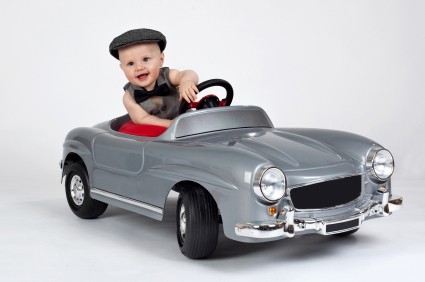 The chagrined IRS agreed with all of TIGTA's recommendations on how to remedy the improper tax deduction claims, including reviewing the excessive and questionable claims identified during the audit.

The IRS certainly does deserve its share of blame here. But the bigger problem is the penchant of politicians to come up with tax-related ways to deal with issues. That approach is what's led to a hodgepodge each year of new, and sometime quite specific, tax laws.

And this latest TIGTA report on tax breaks claimed by those who don't deserve them is not the first. Last October, the investigative office reported that the IRS had paid more than $111 million in erroneous stimulus-related tax breaks.

Back in 2010, it was inaccurate claims of the first-time homebuyer credit, the Making Work Pay credit and various energy credits that caused costly problems. And as a preview, TIGTA also found in that prior report issues with the auto sales tax deduction.

Sadly, this latest TIGTA report on wrongly paid deductions won't be the last.

The main reason that this problem keeps cropping up is that most of these cases involve specific tax breaks in which the rules and guidelines to determine just who is eligible and how the tax break is to be claimed are convoluted. That means that even when people aren't trying to cheat -- yes, Virginia, there are honest taxpayers out there -- they screw up in simply trying to file for the tax deduction or credit.

So Congress, stop it! Now.

It's confusing to us taxpayers and the IRS. And it usually backfires, just like the auto sales tax deduction (and other tax breaks) did.

Right don't mess with taxes! probably you'll think more often about how auto sales rich their quota within months! but do you also know that taxes had a big contribution? guess so. Anyway nice blog