A Florida Congressman is fighting for a 61-mile commuter rail project in the center of his state that, reports the New York Times, the federal government ranks as one of the least cost-effective mass transit efforts in the nation.

This long-standing effort by Rep. John L. Mica to build more train tracks in Central Florida is continuing at a time when every spending proposal ostensibly is getting a good once-over by deficit hawks. But as is usually the case on Capitol Hill, politics and special interests tend to prevail. 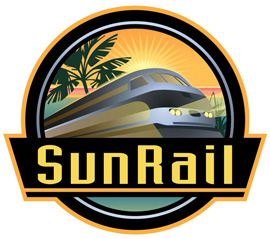 SunRail, the northern portion of which would be built in Mica's 7th Congressional district, has long been the Republican lawmaker's pet project.

Even before he became chairman of the House Transportation and Infrastructure Committee, Mica spent years in the NY Times' words "badgering federal agencies, bullying state officials, blocking Amtrak naysayers and trying to bypass federal restrictions to build support and squash opposition to the commuter line."

The cost of to and from: At least SunRail is different in one key way from the Alaska bridge boondoggle.

The Sunshine State railroad would actually go somewhere. But it's a very expensive ticket.

By 2015, additional service would be available via stations at Meadow Woods, Osceola Parkway, Kissimmee Amtrak and Poinciana Industrial Park, as well as a new northern terminus at the DeLand Amtrak station.

The first phase of the train would run only on weekdays, about two hours a day. It would serve about about 2,150 round-trip commuters a day.

At a total cost of $1.2 billion, that's a pretty hefty per-passenger fare.

Follow the money: But the project is a great transportation vehicle for CSX , the Jacksonville-based rail corporation that is a major campaign contributor to Mica.

CSX, says the Times, would get $432 million for its tracks and for upgrades to tracks it owns elsewhere in the state.

Some of the cities where SunRail would run do support the project. Many have already invested money in the project and they see it as a way to revive struggling economies.

But opposition to SunRail also is picking up speed.

Both sides get a chance to make their arguments today. Florida's Transportation Secretary is holding six public meetings in cities along the proposed commuter rail route.

And Gov. Rick Scott is expected to decide by Friday whether to approve the project.