When life meets art, or vice versa, the intersections are often more interesting than the eventual creative endeavor.

Take the case of Arnold Schwarzenegger, the former California governor who's working through some messy family issues while also trying to resurrect his film career.

The New York Times reports that Arnold's first post-political project is "Cry Macho," featuring the male lead character's complicated relationship with an 11-year-old boy who unexpectedly turns up in his life. 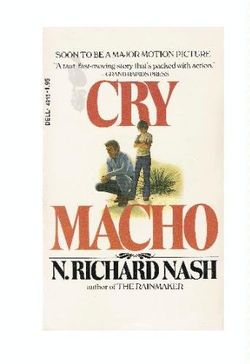 If the movie script follows the novel upon which it's based, it's possible that the former Governator of a state that's smack-dab in the middle of the immigration debate will have a scene in which he crashes the United States-Mexico border, albeit he'll be coming into Texas.

But the production item that really caught my eye concerns where the movie will be filmed.

Although "Cry Macho" is set mostly in Texas and Mexico, the Times reports that primary shooting will be in New Mexico. Why? To take advantage of that state's movie and television tax incentives.

Film, tax and state policy followers might totally recall that as Golden State governor, Schwarzenegger worked to keep as many movies as possible filming in California.