That's not surprising. Politicians are always looking for a populist hook. And the beginning of the summer driving season provides a perfect one each year. 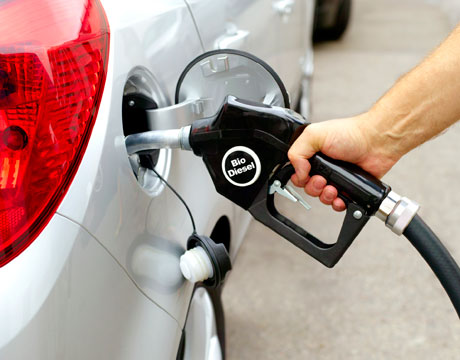 Obviously the Memorial Day target is over. But more to the point, the measure is likely to stall in the state's predominantly Democratic Assembly.

Now heading south on I-95, Maryland's Comptroller Peter Franchot has the same idea. He plans to pitch a three-day gas tax holiday to the Maryland General Assembly.

"It's too late for Memorial Day, but for Labor Day or for the Fourth of July, I'm recommending that (lawmakers) declare a three-day tax holiday from the 23.5 cent gas tax that Maryland assesses," said Franchot.

One problem. Timing. The Maryland legislature doesn't plan to reconvene until the fall, after both of Franchot's proposed tax holiday dates. Then lawmakers will be in a special session to deal exclusively with redistricting.

Another problem, notes the Baltimore NBC affiliate WBAL, is how to ensure that the tax break, which would be at the wholesale level, would be passed along to individual drivers.

Political candy: Here's another unsurprising reaction to all this gas tax holiday talk -- motorists, otherwise known as voters, like the idea.

That's why lawmakers tend to bring up the gas tax holiday when pump prices are high. They hope it will make the electorate's opinion of them a bit more favorable, even if the tax break is never enacted.

It's not just state lawmakers who use the gas tax gimmick.

The gas tax ploy was tried in the 2008 presidential campaign, the last time gasoline prices nationwide were near the $4 a gallon level. GOP candidate John McCain and then Democratic hopeful Hillary Clinton were for a a summer-long waiver of the federal gas excise tax; then-president George W. Bush opposed the temporary tax break, as did eventual White House winner Barack Obama.

Short-term help, longer-term costs: While short-term tax relief is appealing, in the long run it could backfire. Less revenue for state and local governments would likely mean less money for transportation projects.

The main reason New Hampshire Senators opposed the month-long gas tax holiday was that it would have cost the state $7 million.

Estimates are that Maryland could lose $2 million each day it doesn't collect the state gas tax. That's a daunting figure for a state facing a projected $1.4 billion budget gap for fiscal year 2012.

If there's any doubt on state lawmakers part about what loss of gas tax revenue might do, they need look no further than the federal highways that run through their states.

So while it sounds all consumer (and voter) friendly to pare back a state's gas tax, at least on big motoring holidays, it's bad tax and public policy.

A better idea at all levels of government is a serious, bipartisan examination of America's energy policy. But that's not going to happen any time soon, and certainly not before the 2011 prime summer vacation season ends.

a 23.5 cent reduction in the cost is not going to be that much savings for the average person. so in one week you will save 4 bucks. I guess that is important and I underatdn that but at the same time.

I haven't head anything like this in NJ, of course the state needs money badly. Probably much more than those other states mentioned. You wonder if the electric car catches on how will states recover the tax lost.