Casinos tend to like whales, those big-spending players who are willing to gamble large sums and generally leave a sizable amount at the betting parlors' tables.

Well, things didn't work out so well for Tropicana Casino and Resort in Atlantic City, N.J. 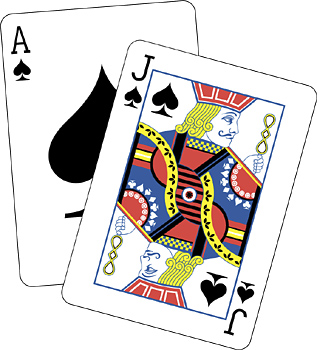 "We ran very unlucky," Giannantonio told the Press of Atlantic City. "We had the single-largest winner in our history. If it hadn't been for bad luck at the tables, we would have had a good month."

A spokesman for the New Jersey Casino Control Commission told The Star Ledger that the proportion of the Tropicana's loss was unprecedented in the state since the inception of casino gambling in 1978.

Lucky IRS: Entertainment duo Penn & Teller, who perform their skewed magic act at the Rio in Las Vegas, have said that Las Vegas was built for people who are really bad at math.

So folks who are not good at math but lucky enough to walk away from the gambling offerings in that Nevada city or any other gambling establishment need to talk with a tax and/or financial adviser as soon as possible.

That's because while Tropicana is being discreet about who won big at their blackjack table last month, the casino's management did tell one person, or rather one federal agency, the name of the winner: the Internal Revenue Service.

Remember, gambling winnings are taxable income. That means that winners are responsible for paying what is owed the tax collector.

Sometimes, they get some help. For recreational gamblers, tax reporting and withholding requirements on winnings depend on the type of gambling, the amount won and the ratio of the winnings to the wager.

In the Tropicana case, let's go with the general 25 percent withholding rate.

That still would give the anonymous blackjack winner $4.35 million to play with.

Of course, he or she also might owe state tax on the winnings. So the the lucky card player should set aside a little off the top to pay that amount, as well as any additional federal income tax that might be owed.

The easiest way to pay taxes on gambling winnings or any other unexpected taxable income is by making estimated tax payments. And the next 1040ES filing due date is June 15.

Just thought you'd want to know in case you're planning a trip to Las Vegas or Atlantic City and are feeling particularly lucky.

tough luck for the casino but really great turnout for the player. The IRS always finds out...

Wow, how lucky or good at counting, but he better pay those taxes or the IRS is going to get him.