Like its counterparts in the 50 states, the District of Columbia is scrambling for money. And what better source than the rich athletes that show up to play inside the federal enclave's boundaries?

However, the imposition of a jock tax in D.C. will take some support from folks who aren't always big fans of letting the nation's capital run its own affairs, members of Congress.

The Home Rule Act or 1973 prohibits D.C. from imposing a tax on nonresidents. It was created to keep the capital city from taxing commuters who come from their homes in adjacent Maryland and Virginia to work, for the most part, on Capitol Hill.

But a couple of District of Columbia Council members are looking for a little leeway when it comes to working folk from a bit further away.

Councilman Jack Evans, who chairs D.C.'s Finance and Revenue Committee, and his council colleague Tommy Thomas, Jr. have introduced a "sense of the council" resolution, by which D.C. lawmakers could ask D.C. Delegate Eleanor Holmes Norton to introduce a bill that amends the nonresident section of the city tax code to say "except for professional athletes."

The D.C. Office of the Chief Financial Officer has estimated that the new tax could generate as much as $5 million a year.

Widespread taxation of athletes: The so-called jock tax has been in place for around 40 years. The story is that the levy grew out of a spat between California and Illinois in 1991. That year, California decided to tax Michael Jordan and his Chicago Bulls teammates after they beat the Los Angeles Lakers for the NBA championship.

The precedent being set, many states and cities began collecting a little something -- or a lot, depending on the athletes' salaries -- from players who come into towns to play a few games. 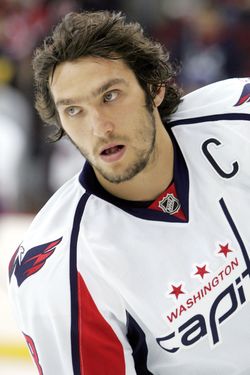 But it's not just the away teams that will pay. Hometown fan favorites such as the Washington Capitals' Alex Ovechkin would be a target since the NHL star lives in Virginia.

Scott A. Hodge, president of the D.C.-based Tax Foundation, told the Washington Times that the tax singles out a profession, forces people to pay taxes in areas where they have no Congressional representation and can trickle down to athletes making much less.

Supporters of the jock tax, said Hodge, "do not realize this extends to people on these clubs who aren't making the multimillion-dollar salaries."

Congressional approval unlikely: Will Representatives and Senators, many of whom have professional teams in their home Congressional districts, let the District of Columbia tax those visiting sports supserstars? I doubt it.

While the decision will depend in part on how many sports fans there are in Congress, I suspect that the combination of a current anti-tax sentiment, political contributions from wealthy team owners and Congress' historic tendency to keep America's capital city under its thumb will make it hard for D.C. to get extra revenue this way.