If you've been flipping through Obama's fiscal year 2012 budget -- Admit it. You're a tax geek. You've at least given it a glance. -- you've noticed that it's essentially a rehash of prior tax law proposals.

Given the make-up of the 112th Congress, the prez's proposals are going to be a hard sell.

We saw what happened at the end of 2010 with the Bush-era tax laws. Now Obama is facing more lawmakers, especially in the House, who are hostile to his points of view when it comes to the economy, government programs and taxes. 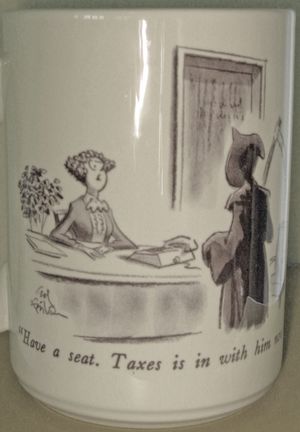 Many of these more conservative members also are strong supporters of the permanent repeal of the estate tax.

You remember how this tax, despite years of advance warning and all common sense, expired in 2010. There was an effort last year to keep it buried, but eventually it was reinstated through 2012 under the Obama/GOP tax extension compromise.

A lot of the newest Capitol Hill lawmakers who didn't get to vote on that estate tax provision are likely to oppose the prez's budget proposal to roll the current estate tax back to 2009 levels, that is, a 45 percent tax on estates worth more than $3.5 million.

The state of state estate taxes: State legislatures also will be closely watching any estate tax fight in Washington, D.C.

While some states have implemented their own estate tax laws, most remained tied to the federal estate tax. This pick-up or sponge tax position meant that the states depended on the federal credit for state estate and inheritance taxes paid. As that phased out as part of the Economic Growth and Tax Relief Reconciliation Act of 2001, or EGTRRA, the estate tax in most states bit the dust.

So what happens now that the federal estate tax is back? That's a good question that I discuss in my Bankrate Taxes Blog post State estate tax uncertainty.

The only sure thing right now is that states struggling to make their budget ends meet will definitely be looking at the possibility of once again collecting estate tax income.

Will they stick with the pick-up estate tax? If so, will they impose it in 2011 or will they suspend it and wait to see if Congress can come up with a more permanent estate tax as 2012 winds down?

Or will more states decide they've had enough of D.C.'s dilly-dallying and opt to decouple from the federal estate tax and write their own estate tax laws?

What's the state of estate taxes in your state? Forbes has a map that lets you find out where, from a tax standpoint, not to die in 2011.

"Despite ... all common sense". You mean desipte all left-wing mainstream media redistributionist confiscatory authoritarian sense. I hereby unsubscribe to a blog that otherwise had occasional bright moments of wit and information. You've gone one too leftist swipe too far. Maybe Barack will let you have the next crack at rescuing his utopian statist dreams before his time is up.