Obama's budget, or how Washington took all the romance out of Valentine's Day

It's official. The nation's capital is heartless. 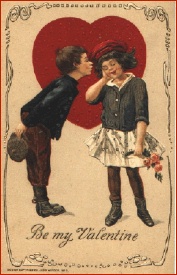 OK, I know that Washington, D.C., will never have a reputation for romance, like, say Paris or Venice. But really, guys. You can't take Valentine's Day off?

Not only does the IRS choose today to start processing returns that were on hold due to last-minute tax law changes, but the president just released his Fiscal Year 2012 budget.

Some of us wanted to skate through Feb. 14, knock off work early and get home sooner for some extra quality time with our significant other. Thanks a lot, D.C. denizens, for throwing a wrench into those plans!

Obama's 2012 budget: I'm going to grab some lunch (a light one so as not to ruin the special Valentine's Day meal planned for tonight!) and then give Obama's FY12 budget a closer read.

I'm hoping it won't take that long, since much of it contains proposals the prez has offered since when he was angling to move into the Oval Office.

Here are the highlights gleaned so far:

$250 checks for retirees: Obama also is going back to the budget future by calling for "economic recovery" payments in 2011 for Social Security recipients and other retirees who aren't getting anything from this year's payroll tax holiday.

Those folks would get a $250 payment this year from Uncle Sam.

If that happens, it will make AARP, other senior citizen advocates and my mother very, very happy.

So maybe there is a little love left in Washington after all.

More wonkiness for the romanceless: The retiree checks will cost nearly $15 billion, but the White House says its proposed five-year non-security discretionary spending freeze will lop more than $400 billion in spending.

And over the next decade, says the Administration, the deficit will be cut by $1.1 trillion.

If you want to read the full budget, too, feel free. The White House Office of Management and Budget (OMB) has broken it into 29 PDF files for ease of downloading.

Also on the main OMB budget Web page there's an interactive option which you can use to explore the 2012 budget.

Maybe you'll find something there you can chat about with your sweetheart over candlelight tonight. Or maybe not.