Calling out Congressmen who sleep in

Did you sleep in this Saturday morning? If you did (and good for you!), you probably awoke in your house or apartment bedroom, not sacked out in your office.

A lot of U.S. Representatives, however, are literally calling their offices home. And a Washington, D.C., political watchdog group wants the practice, which is says violates federal tax law, to stop.

"House office buildings are not dorms or frat houses," said Melanie Sloan, Executive Director of Citizens for Responsibility and Ethics (CREW). "If members didn't want to find housing in Washington, they shouldn't have run for Congress in the first place."

CREW identifies 33 Representatives -- 26 Republicans and 7 Democrats -- who reportedly live as well as work in their offices:

CREW has written Omar Ashmawy, acting staff director of the Office of Congressional Ethics, seeking a formal investigation into the conduct of members of sleep in their offices.

Reasons for concern: Not only does living in a House office violate the Congressional prohibition on using taxpayer resources for anything other than the performance of official duties, the arrangements, contends CREW, are providing the Representatives with a taxable benefit.

And that benefit, argues the group, means the lawmakers must pay taxes for imputed income based on the fair market value of their lodging.

To support the tax position, CREW notes that members of Congress and staff already have imputed taxable income of $75 a month, based on the fair market value of a reserved parking space at the House of Representatives. If members must pay taxes to lodge their cars, says the group, surely they must pay taxes for their own lodging.

"Americans expect members of Congress to follow the tax laws just like everyone else. If legislators are going to treat their offices as dorm rooms, at the very least they should pay the appropriate taxes," said Sloan.

Hit the snooze button: Jim Maule, Villanova School of Law professor, says that Sleeping in An Office Might Be Taxable But Perhaps It’s Not.

CREW could be correct, says Maule, but the group's argument requires tax analysts to answer several difficult questions in particular ways to reach the same conclusion.

The difficulty with the analysis, says Maule, is that it presupposes that the government is providing "lodging" when a member of Congress stays overnight. But does an office constitute "lodging" simply because someone falls asleep therein? Or because someone takes a nap therein? 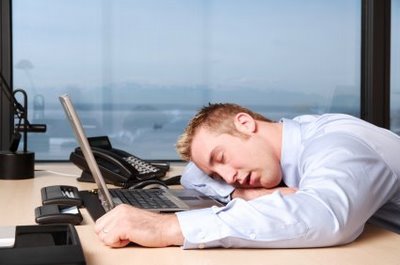 With regard to those last two situations, when I worked in various offices, I occasionally grabbed a few ZZZs in the employee lounge during the workday. I'm sure glad I didn't have to pay taxes on that nodding off.

Good questions all, and that, I suspect, is the real motivation of CREW.

There's little likelihood of any official reprimand (if there's even an investigation), much less any extra tax payments by Congressmen who are calling their offices home. But CREW definitely got folks talking about the situation.

TaxProf has evidence of the discussions in his posting of links to the wide-ranging coverage, as well as video clips on the topic.

All people we are stressed by the tax payments!! Personally i cant sleep!!

I saw this on the news. I don't get why anyone cares. The offices are there already. It's not like they're renting fancy hotel rooms on the taxpayer dime. It's semantics. With the real issues going on, this is what activists are focused on?

The incremental cost to taxpayers is de minimus.