The House voted yesterday evening to repeal what the the Republicans have deemed the job-killing health care reform law.

Three Democrats -- Dan Boren of Oklahoma, Mike Ross of Arkansas and Mike McIntyre of North Carolina -- joined 242 GOP Representatives in voting to take the Patient Protection and Affordable Care Act (Public Law 111-148) and the Health Care and Education Reconciliation Act of 2010 (Public Law 111-152) off the books.

The New York Times has a cool interactive map of, as far as this vote goes, the almost totally red United States.

Realistically, of course, the House vote doesn't mean much. Democrats still control the Senate and have vowed to block what they call "partisan grandstanding" in the upper chamber.

If repeal legislation somehow made it to Obama, the prez has already announced he would veto it. And while Republicans made gains in the Senate in the last election, there still aren't enough party members to override a veto.

Political health considerations: Speaking of the November midterm election, Wednesday's vote was part one of the Republican campaign promise to repeal and replace health care reform. 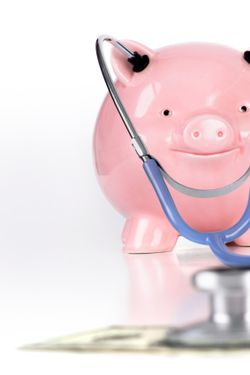 Coming up with alternatives won't be as easy, especially in light of other campaign pledges to cut spending. The Congressional Budget Office has estimated that health care repeal would add around $230 billion to the federal deficit over the next 10 years.

But four House committees, including the tax-writing Ways and Means, will be officially instructed today to start crafting the Republican vision of health care. The committees, however, aren't likely to have any timetable.

"I don't know that we need artificial deadlines for the committees to act," House Speaker John Boehner (R-Ohio) said on Wednesday. "We expect them to act in an efficient way."

Of course, some cynics might say that the GOP really doesn't want to repeal health care, at least not until after Nov. 6, 2012. That way they can milk this divisive issue for another couple years, incrementally making changes and removing provisions.

That strategy, they hope, will lead next year to a few more Congressional seats and maybe even the White House.

On the other side of the aisle, dragging out the debate as the health care provisions phase it gives Democrats the chance to make a better case for the law.

Nate Silver, who parses political numbers at Five Thirty Eight blog, offers his thoughts on who voted for and against the health care measure, both when it passed last year and in this repeal effort, why they did so and what it might mean.

To paraphrase the classic film line, fasten your seat belts, it's going to be a bumpy 112th Congress.

Want to tell your friends about this blog post? Check out the buttons -- Tweet This,  Reblog, Like, Digg This and more -- at the bottom of this post. Or you can use the Share This icon to spread the word via e-mail and and online avenues. Thanks!

Unless the Republicans make some real gains with an improved economy, it is hard to see how they will gain much traction in continuing to complain about the health care reforms. Anger will instead turn towards their inability to 'fix' the economy while they kept taking symbolic actions against the reforms.