The Bush tax cuts that expire Dec. 31 are the "Marcia, Marcia, Marcia" of tax legislation. Everyone is fixated on what individual income tax rates will be in 2011.

But more pressing, says the head of the Internal Revenue Service, are the laws that have already been stricken from the tax code.

Lawmakers swear they'll get to the lapsed tax laws. And I'm sure they will. Eventually.

But it's the precise timing of reinstated tax laws that could pose big problems for the IRS and, in turn, for us taxpayers. 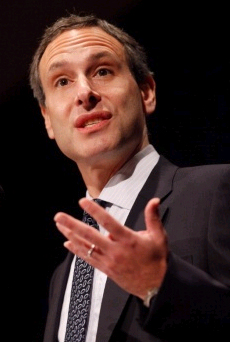 "While I know you and your colleagues have a difficult challenge to enact legislation this year, I want to stress that it would be extremely detrimental to the entire tax filing season and to tens of millions of taxpayers if tax law changes affecting 2010 are deferred and then retroactively enacted in 2011," Shulman wrote to Finance Chair Sen. Max Baucus (D-Mont.) and ranking Republican Sen. Charles Grassley (R.-Iowa) and House Ways and Means Chair Rep. Sander Levin (D.-Mich.) and ranking GOP member Rep. Dave Camp (R.-Mich.).

IRS makes AMT adjustments on faith: Shulman also told the Congressmen that he had taken them at their word. In a Nov. 9 letter to Shulman, the leaders of the House and Senate tax committees promised that Congress would take care of the AMT issue by the end of this year.

So Shulman had the IRS tech folks program agency computers in anticipation that AMT exemption amounts for 2010 would be upped to $47,450 for individuals and $72,450 for joint filers. The increases would save around 21 million taxpayers from paying the parallel tax.

Of course, Shulman notes, if Congress doesn't make the AMT changes in time, IRS computers will have to be reprogrammed. And that, he wrote, means the IRS will have to "delay filing for these individuals as we reprogram our computers to the actual law in effect."

Another 25 million taxpayers could be affected by tax breaks that expired Dec. 31, 2009, and are part of extenders legislation that has languished on Capitol Hill since June.

These include the above-the-line deductions for educator's expenses and college tuition and fees, the addition to the standard deduction for for residential property taxes and the itemized deduction for state and local sales taxes.

Filing problems domino effect: And Shulman expressed concern about the difficulty his staff could face in dealing with the many tax incentives that have already expired, especially if they are reinstated retroactively next year.

"The IRS would likely be faced with millions of taxpayers who filed and paid additional tax based on a law that later changed. These impacted taxpayers would then need to file amended returns, which could take months to process and send refunds," Shulman wrote.

But the problems wouldn't stop there.

"Specifically, it would be an unprecedented and daunting operational challenge to open the tax filing season under one set of tax laws with respect to AMT and extenders, begin accepting tax returns, and then have the law change," Shulman said in his letter to the tax writers.

"The overall strain on IRS service operations would affect not only AMT taxpayers and those who benefit from extenders, but would also spill over into service disruptions and/or delayed refunds for tens of millions of other taxpayers."

Not a new predicament: Unfortunately, the IRS and taxpayers are all too familiar with the havoc that Congressional procrastination can wreak with our tax lives.

The IRS also had to delay the start of the 2007 filing season for some taxpayers until Feb. 3.

It was about the same time the very next year that extenders and AMT inflation adjustments were put back on the books.

The next filing season, computer programming catch-up forced the IRS to delay processing of around 13.5 million tax returns until Feb. 11, 2008.

And it's starting look like we'll all be dealing with the filing hassles created by Congressional tax legislation procrastination, circa 2010.

I think there should be a law or someone should oversee Congress to make the changes to the tax laws by a certain cutoff date in order not to cause these problems or penalize people because congress can't get the job done.