I was skeptical when I first heard the premise of the Fox television program Raising Hope. If I want to see a show about people who have no business bringing up a baby, I'll just rent the Coen brothers movie Raising Arizona.

But being a good couch potato, when the last song on Glee ended and Raising Hope's "Dick and Jane" book style opening sequence started, I sat there and watched.

I'm hooked. Raising Hope is funny, goofy and when you think it's going over the top, it usually stops at the cliff's edge and turns surprisingly touching. 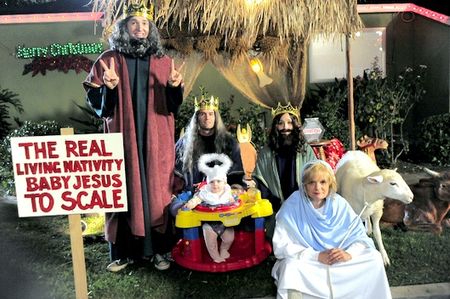 But there also was a small running gag based on the estate tax.

Rewrite, please! Of course, as is usually the case when taxes are part of a TV or movie script, the facts were wrong.

The joke was that since there is no federal estate tax this year, if Raising Hope's addled matriarch Maw Maw died by Dec. 31, her hand-to-mouth family would not owe any taxes on what they inherited from her.

In the broadest sense, the no-tax-due dialog was true.

But technically, on the federal level inheritances aren't taxed. Uncle Sam collects not from heirs, but from the estate that is left based on its value.

And that's where the writers really veered off into tax fiction.

Even if Maw Maw, portrayed by award-winning actress Cloris Leachman, makes it into 2011 (and she will since Fox renewed the comedy) and then passes away in season two, the rest of her clan still won't have to worry about the estate tax.

Although the tax is scheduled to reappear in the tax code on Jan. 1, 2011, estates of $1 million or less will be exempt from it. There's no way Maw Maw has assets anywhere near that amount.

And just in case Maw Maw does have some serious money stashed somewhere, a proposal is now before Congress that would raise the estate tax exemption level to $5 million.

Despite the script license with the tax law, I still appreciated the effort. We tax geeks will take any reference in pop culture we can get!

Not necessarily inaccurate if they are portraying what people think. Didn't see the show, but I've encountered quite a few people who get excited about tax issues that aren't at all applicable to them

Good article cause you are technically correct by showing people don't get taxed but the estate. Of course, some people like to misrepresent the facts to scare people. Works most of the time.

Just read a new book that's a must read cause it's about Amerians actually take a stand against tyranny. I recommend it & will get it out so others can see what is really happening.

As poor as most people are, I don't think too many people (except the rich) will have to worry about the $1 million or less estate tax.

Again, thanks for stick to the facts!