The Making Work Pay credit: The federal tax break nobody knows about

The midterm election is just two weeks away and Democrats are in good shape because for the last two years every working American has seen his or her federal taxes go down. 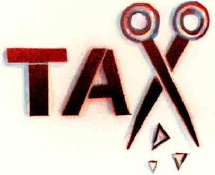 That's the reaction of most U.S. taxpayers.

But it's true -- that being the statement that federal taxes have been reduced, not the part about Democratic candidates being in good political shape this year.

You remember this. It was the centerpiece of the 2009 Obama stimulus measure and, for 2009 and 2010 tax years, has cut income taxes by up to $400 annually for most individuals and $800 for most married couples.

You say you don't see the tax break benefits? Well, you're part of a very large group.

In a New York Times/CBS News Poll last month, fewer than one in 10 respondents knew that the Obama administration had lowered taxes for most Americans. Half of those polled said they thought that their taxes had stayed the same, a third thought that their taxes had gone up, and about a tenth said they did not know. As Thom Tillis, a Republican state representative [from North Carolina], put it…, "This was the tax cut that fell in the woods — nobody heard it."

Technically, we all heard of it. We just heard of it primarily right after the Making Work Pay credit passed and maybe again in 2010 when we filed our taxes and had to fill out Schedule M.

But for the most part, it's been a stealth tax cut.

Rebates vs. paycheck cash: An under-the-radar tax cut is not a very wise political move, but the creators of the Making Work Pay tax credit thought their delivery system was the way to go.

They have a point.

A 2006 study, Bonus or Rebate?: The Impact of Income Framing on Spending and Saving, examined the Bush tax rebates that were sent out in connection with 2001's Economic Growth and Tax Relief Reconciliation Act (EGTRRA).

Back then, various checks of $300 to $600 per individual, plus extra payments for dependents that netted some families up to $1,200, were delivered to U.S. taxpaysers. The purpose was to jump-start the economy which was starting to stall.

However, only 22 percent of households surveyed said they planned to spend their rebate checks. In fact, the vast majority intended to save the money.

That trend was consistent with what the study's authors called the "historically negligible short-term impact of tax rebates on the overall economy."

So in 2009 when Obama fashioned his first major tax measure, the new prez and his economic advisers decided it would be better for taxpayers and the economy if individuals got their tax break throughout the year in their paychecks instead of as lump-sum checks.

Since the Making Work Pay credit was designed to offset a portion of a worker's 6.2 percent Social Security payroll taxes (up to the $400/$800 maximums), the Administration used that as the payment hook.

The law instructed Treasury to recalculate workplace payroll withholding tables; it did, and the new tables took effect in early April 2009. That resulted in each worker getting his or her Making Work Pay credit amount through the rest of last year as around $10 per week extra in pay.

Note: Certain retirees got a special one-time $250 payment last year. But for this post's focus, we're looking only at the tax break provided workers.

This year, the Making Work Pay tax credit has been in effect since Jan. 1. Since that date, folks have been enjoying lower federal taxes, again reflected in smaller payroll taxes.

This year, though, the Making Work Pay tax credit was in place on Jan. 1. So it's being paid out over 52 weeks. And that means it's showing up as just $7.69 per week.

Most folks, though, simply are unaware that that they've been getting a federal tax break for almost 18 months.

Perception matters: As I note in my Bankrate Taxes Blog item The invisible tax cut, a routine tax reduction doesn't seem to register with folks like one celebrated as a special deal, which is how Dubya's rebates were characterized.

The authors of the previously cited study agree:

Although income is by definition an objective gain from the status quo, we suggest that it may not always be perceived as a subjective gain to the consumer. In particular, we argue that income can be described (or "framed") as either a gain (a bonus) or a returned loss (a rebate). As described in the opening example, governments occasionally issue "tax rebates" to their constituents in an effort to stimulate consumer spending and thereby create a short-term economic stimulus. Businesses provide "cash-back incentives" to increase sales. And some employers give end-of-the-year bonuses to reward good performance. Despite being objectively identical, a "bonus" describes a positive change from the status quo whereas a "rebate" describes a return to a previous wealth state. To the extent that income is evaluated comparatively rather than absolutely, people may therefore feel they have more available income to spend when it is described as a bonus or a gain from one's current wealth than when it is described as a rebate or a return to a previous wealth state. This led us to predict that people will spend income described as a bonus more readily than identical income described as a rebate.

So is Obama planning to change the distribution method or tax break's name so that he and his Democratic colleagues get more thanks for the Making Work Pay tax credit?

First they must get it continued.

End of credit imminent: The Making Work Pay credit expires at the end of this year.

So far, the tax break hasn't been part of any still-pending legislation (2011 tax rates, the expired tax extenders, the still-dead estate tax) that Congress promises it will deal with when it reconvenes in lame-duck session next month.

The Administration says it's committed to continuing the credit. That's good news for workers.

The Administration also says it believes the paycheck-delivered credit was the best move for the economy.

And that seems to indicate that if Obama pushes Congress to keep the Making Work Pay Credit on the books, the Administration also will ask that it continue to be delivered as is, unobtrusively in our paychecks.

Which will likely mean that if it is extended, we'll continue to enjoy an imperceptible tax break.

IMO IRS should raise the amount income requirements for filing for taxpayers over the age of 60.

Interesting, I'm part of those who did not notice =/ Wouldn't it be much better if he spent the money financing new job openings? I was watching a program on TV about such opportunities and how people can get hired and prove they are worth paying for.

In all that we do, go or buy, we can't escape from tax. This is one permanent thing in the world. We might not be aware of some taxes that we have been paying already but keep in mind that there always is.

It should be noted that the Bush "rebate" in 2001 was not actually a rebate but an advanced payment based on the new 10% tax bracket. Arguments for or against such an artificial delivery system have merit. Though I would question the 2006 survey that claimed 22% of households said they would spend their check. If I'm like most households I would deposit my check. If I actually spent that specific $600 on something is hard to determine as would determining whether I spent that extra $10 in my paycheck. Most consumers just don't think about which specific dollars in their bank account they are spending on any given purchase.

Most importanly, since the 2001 checks were based on the Bush tax cuts that created the 10% rate which remains in effect today (at least until the end of the year)the $300-600 is still reflected in evey workers paycheck today. So while it may be hardly noticed it has benefited every taxpayer about $3,000-6,000 since enacted 10 years ago.