Wow! Apparently everybody loves German cuisine and its hearty brews. This year's annual tax salute to OktoberFest garnered the most contributions in a while for a Tax Carnival.

And I thought beer only worked when you were trying to get your friends to help you move! 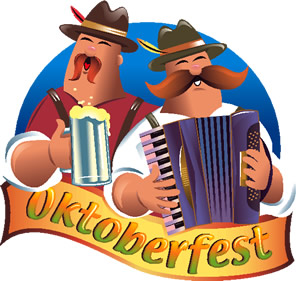 We have hearty entrees on the still-in-limbo Bush tax cuts, health care tax concerns and how taxes affect retirement plans.

Among our appetizers are tasty tidbits on investing, tax credits and tax pros.

Be sure to try our many side dishes, ranging from global tax tastings to some tax basics.

In between we have a variety of other tax amuse-bouche offerings, before closing out with an intriguing dessert concoction on tax havens.

Sounds like we've got enough to keep this tax festival going, and our tax appetites satisfied, for quite a while, so let's get the TaxtoberFest started!

We begin with everybody's favorite topic of late, the soon-to-expire Bush tax cuts. If this won't get you hoisting a few pilsners, nothing will!

Caleb Newquist reports that Tax Policy Nerds Try to Debunk Each Other's Debunking Over "The Largest Tax Hike in History." The slam-bang details are at Going Concern.

Darwin tells us that Apparently, Americans DO Care About  "The Rich" – Half Support Tax Cuts for "Top 2%." The reasons why are posted at Darwin's Money.

"Will the expiration of the Bush tax cuts hurt you as a middle class taxpayer?" asks Kim Luu. Find out at How Much More Will 2011 Taxes Cost You – Bush Tax Cuts vs Democratic Plan, posted at Money and Risk.

"2011 may not be a good year for married couples, at least tax-wise," warns Madison DuPaix in her item that focuses on one of Dubya's expriring tax breaks: Marriage Tax Penalty Returns in 2011. Couples can get details at My Dollar Plan.

The estate tax also is one of the Bush tax cuts that's been causing a lot of problems.

Howard Gleckman notes that No Estate Tax, But 2010 Still May Not Be So Great for Heirs. Get details at TaxVox.

Staying in a political vein, Jeff Rose tells us that "As elections loom, President Obama has offered a new platform of tax initiatives for Congress to consider and potentially approve." He presents details in Obama's Tax Proposal: A Second Stimulus Package?, posted at Good Financial Cents.

And what about our existing tax-paying method? Robert D Flach presents Some Facts and Figures About the Federal Tax System at THE WANDERING TAX PRO.

On the state tax and politics level, Joe Kristan tells us that Passive Loss Rules Spice Up Illinois Senate Race. Find out the details on the candidate's situation and what "material participation" means to the rest of us at Tax Update Blog.

Many of us invest. That means many of us have to pay taxes on those earnings.

Thanks, SVB, for such a nice segue into additional TaxtoberFest examinations of retirement plans.

Jason tells us about the 8 Exceptions to the 10% Penalty for an Early IRA Withdrawal. Details are posted at Redeeming Riches.

Mike Piper looks at the special circumstances that allow Deducting an IRA Loss (Roth or Traditional), posted at The Oblivious Investor.

Whew! Time to break for a brat and brewski.

If you think taxpayers are the only ones who freak out at tax time, you've got another think coming.

Maybe if we all just got a back-to-the-basics tax refresher, that would help.

"The most basic of tax forms, the W-2, actually comes with a bevy of copies," says Michael Pruser. He breaks them down in What is a Form W-2? It's posted at The Dough Roller.

BackTaxes Help presents How the New Wealth Taxes Will Effect You, posted at Back Taxes Help. 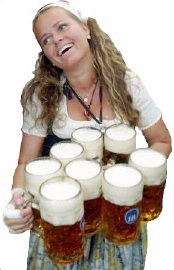 And Tax Debt Help reminds us that IRS Informs Taxpayers of Changes on OTC Prescriptions for 2011. It's  posted at Tax Debt Help.

Worried about an audits? Trying to drown your tax troubles by overindulging in good Oktoberfest beer is not the answer. Instead, check out the audit advice from a couple of this month's Carnivalistas.

MoneyThinking acknowledges that "audit" is a big scary word. "What comes to your mind? Tall men in dark suits and sunglasses with big briefcases coming to your door? Endless phone calls, threatening letters, the police? Well, it’s really not that frightening," says MT, offering details on How to Avoid an Audit at Money Thinking.

Steve has more on this topic, noting that "when the IRS selects your personal or business tax return for an audit, it is important to be represented by a quality tax audit lawyer." Details on that process can be found at Tax Audit Lawyer, posted at 2009 Taxes.

By now, all y'all know that credits are better than deductions. We learn more about these tax breaks from a couple of Taxtoberfest contributors.

Super Saver presents Qualifying for Money Giveaways from the Government, posted at My Wealth Builder.

Ken looks at the finer points of Understanding the American Opportunity Credit, posted at Spruce Up Your Finances.

A large chunk of our payroll taxes go toward Social Security, so it's no surprise that several Carnivalistas discuss this government retirement plan.

Susan Howe recommends a Motley Fool guest post Yes, You WILL Get Social Security over at Get Rich Slowly.

And BWL looks at the relationship between taxpayers and the government-provided  retirement plans in Social Security Facts & Info You Probably Didn’t Know. It's posted at Christian Personal Finance. 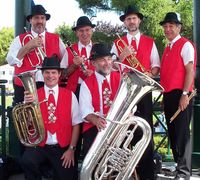 Since OktoberFest originated in Germany, it's only fitting that we include some international tax discussions.

But first, a musical interlude. I don't know about you, but I never get tired of festive beer drinking songs!

Our neighbors to the north have an opportunity to voluntarily file past due income tax returns without threat of penalty, says Tom, who looks into Demystifying the CRA Voluntary Disclosure Program. Details are posted at The Canadian Finance Blog.

Lubna Kably presents Law Street - Economic Times (Sept 2010) -DTC - Change for the better, posted at Talking Tax. "The glass can be half full or half empty, depending on how we wish to view it," says Lubna. "There are some beneficial provisions contained in India's proposed new Income tax Act, which will come into force from April 1, 2012."

Returning to the United States, we must admit that the bad economy has put a lot of folks out of work. And that has tax implications.

Ryan asks the important question, Do You Have To Pay Taxes On Unemployment Benefits? The answer is posted at Cash Money Life.

The bursting of the housing bubble helped contribute to current U.S. economic woes. But it also means that there are some home-buying bargains out there.

freefrombroke tells us Why We Chose A 30 Year Mortgage When We Bought Our Home. In the post at Free From Broke, he says one reason for the loan choice was the knowledge that the fixed-rate mortgage would provide a nice deduction for some time.

Finally, Katie Sorene offers us a look at 10 Sunny Places to Escape the Tax Man, posted at Tripbase. These are, says Katie, the sunniest tax havens in the world.

I must remind you that neither Katie nor I are advocating you try any shady way of getting out of your IRS obligations. In fact, visiting these places might just as easily be a great way to spend your tax refund!

And with that, we send the oompah band home and wrap up Tax Carnival #75: TaxtoberFest 2010.

We'll be back on Nov. 1 for the 76th Tax Carnival. Join us then as a reader or as part of the tax fun by sending your tax post (and tax-only items please; check the guidelines for details) to the Blog Carnival page.

Hey Kay, thanks for including my article about the coming changes to FSA's!