Did you send in your comments about the impending rule that will require beau coup new 1099 forms to be issued?

Me neither. But at least we didn't get blasted by a U.S. Senator for not taking a stance.

You remember this requirement, scheduled to begin in 2012. It was devised as a way to help pay for health care reform.

Lawmakers think a lot of untaxed money is changing hands. By forcing such transactions to be documented on more 1099 forms, the new third-party reporting will add previously uncollected tax dollars to the Treasury. Or so the thinking goes.

The cutoff for the reportable purchases under the new law is $600. 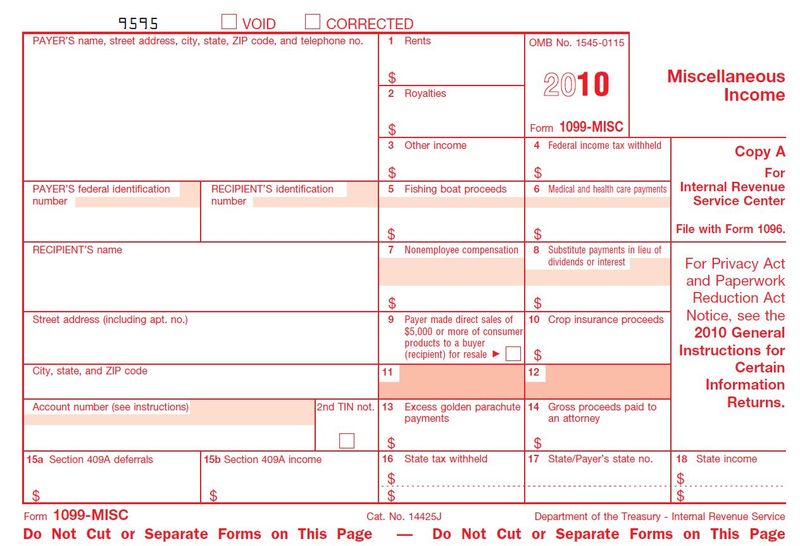 The Senate tried a couple of times to repeal the law, but politics got in the way.

Meanwhile, the IRS looked to get a head start on the regulations governing the reporting requirement by asking for public comments. All suggestions were to be submitted by Sept. 29.

Well, the Small Business Administration didn't get around to officially sending in its thoughts on what the new Form 1099 reporting means for businesses.

And Sen. Olympia Snowe (R-Maine) is not at all pleased by the SBA's oversight.

Snowe, ranking Republican on the Senate Small Business and Entrepreneurship Committee, fired off a letter to Dr. Winslow Sargeant, Chief Counsel for Advocacy at the SBA. She wants him to provide, within two weeks of receipt of her letter, a specific plan for how his office will ease the "unwarranted impacts on small businesses" of the new Form 1099 reporting.

In the letter, Snowe noted that recent attempts to repeal the law failed (expect them to be addressed again in either the upcoming lame-duck session or in the next session of Congress) and that the new Small Business Jobs Act "actually expanded its scope and increased penalties for failure to collect and remit this information."

And while Snowe is not happy about that turn of events, she is even more irked that the SBA appears to be standing on the sidelines in this battle.

"The fact that the SBA Office of Advocacy –- the government's sole watchdog for small business -– had nothing to formally say about this burdensome mandate is troubling, and it has led me to question whether the independence of that office is threatened," Snowe wrote Sargeant.

The new Form 1099 reporting rule also is getting double-teamed.

Over in the House, that body's Small Business Committee ranking member Sam Graves (R-Mo.) this week sent a letter to IRS Commissioner Doug Shulman asking how he plans to implement the new 1099 rule.

This latest correspondence is a follow-up to a similar letter Graves and 11 colleagues sent in June to Shulman but for which he has yet to receive a response.