Gordon Gekko is back on movie screens today. 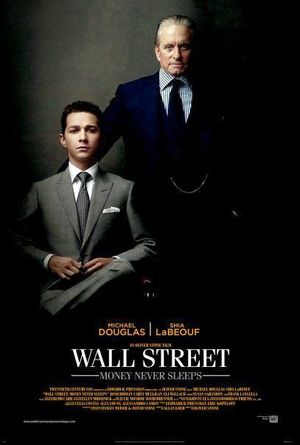 But regardless of what the critics say about the merits of the movie, anyone interested in money -- and that's most of us -- are curious as to whether in 2010 greed is still good.

The 1987 original not only provided an Oscar-winning role for Michael Douglas, it also let us money gawkers see a bit, albeit theatrically enhanced, of the New York financial world.

As the sequel's opening neared, The Motley Fool looked back at the impact of "Wall Street" on Wall Street.

If you can't make it to a theater tonight, there are lots of money movies out there for you to bring home.

You can rent or download one mentioned in Time magazine's list of 80 Great '80s Movie Quotes about Money.

Amazon, or course, has its own ideas on the best movies about money.

Mint.com suggests 10 Movies That Can Teach You About Money.

And I have my own slightly-dated selection (although I'd see any of these flicks any day!) of films that contain money messages. And yes, there's one involving taxes.