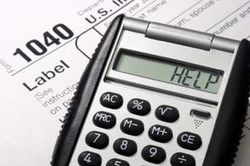 Not a group to just sit and wait, the Foundation's numbers crunchers have updated the interactive calculator to include the Democrats' plan for the expiring Bush-era tax cuts.

Now at MyTaxBurden.org you can look at your potential IRS bill if:

As I mentioned in my earlier post when the Tax Foundation released its first iteration of the 2011 tax burden calculator, running what-if numbers is a fun exercise.

The reality of tax legislation, however, is that things on Capitol Hill are rarely either-or. The most likely outlook is that some of the expiring tax provisions will be continued and some won't.

Exactly when that might happen, though, also is very much in the air.

So enjoy the hypothetical tax scenarios. Unfortunately, that's all we have to work with right now.