One of the most frustrating things about tax filing is that there are limits that sometimes mean you fall just short of being eligible for a tax break.

Often it's income amounts. But another common complaint of folks who go to the trouble of itemizing deductions is that after all that work, they can't claim the expenses because they weren't quite enough. 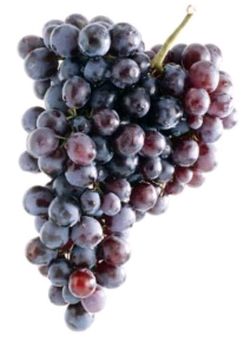 To keep your receipt collecting and Schedule A calculations from being for naught, follow Mike's Midyear Tax Moves #9 advice: Set up a bunching strategy now.

Bunching is exactly what it sounds like. You pull together all your expenses in a particular tax-deductible category and make sure you take them in one tax year to get the maximum tax advantage.

This is critical for those expenses that you can't write off until you exceed a specific threshold, such as 7.5 percent of medical expenditures or 2 percent of your miscellaneous costs.

Say you have adjusted gross income of $60,000. To deduct any qualifying medical expenses, you must have paid out of pocket more than $4,500 in doctors' bill and such.

But if you're paying attention to your health-related bills now, you can see how close you are to meeting your deductible threshold and schedule treatments or buy medicines over the next six months to meet the tax-deduction requirement.

The same technique applies to miscellaneous expenses, such as memberships or training that helps you do your job better or the costs of looking for a new job altogether.

If you wait until November or December to try to bunch your expenses, you not only have less time, but also could have end-of-year disposable income issues.

Conversely, if you see that you're not going to be anywhere near the deduction limit and an expense is one that can be pushed into the next tax year, consider doing just that. In 2011 you might be in a better tax position to take advantage of the deduction.

And bunching pays off even for deductions that don't have thresholds.

It might be a better tax-saving move, for example, to make your charitable donations the next year. So simply write your check or drop off your household goods in January instead of now or December. You'll know which tax timing works better for your 1040 by having a bunching strategy in place.

One more tax tip remains: Thanks, Mike, for the Midyear Tax Moves reminder to get our tax deduction bunching plans in place sooner rather than later.

Thanks also to all who've contributed to this feature. We'll wrap up the series on Tuesday, July 6 (we'll have a July 4th post tomorrow, and Tax Carnival #72 goes up Monday) with tip number 10.

Don't forget real estate taxes!
For this strategy, it's worth it to pay ahead a quarter into the itemizing year, and even pay late in the non-itemized.
My quarterly bill is due November 1. 1.5% late fee per month, so if I pay it Jan 2, it will cost 3%, but the tax deduction of even 15% (certainly can be 25/28/33 for your readers) can make it worthwhile.

Bunching is a great strategy and one that most people who use the standard deduction miss completely. A bit of effort to track can pay off in a large tax savings.